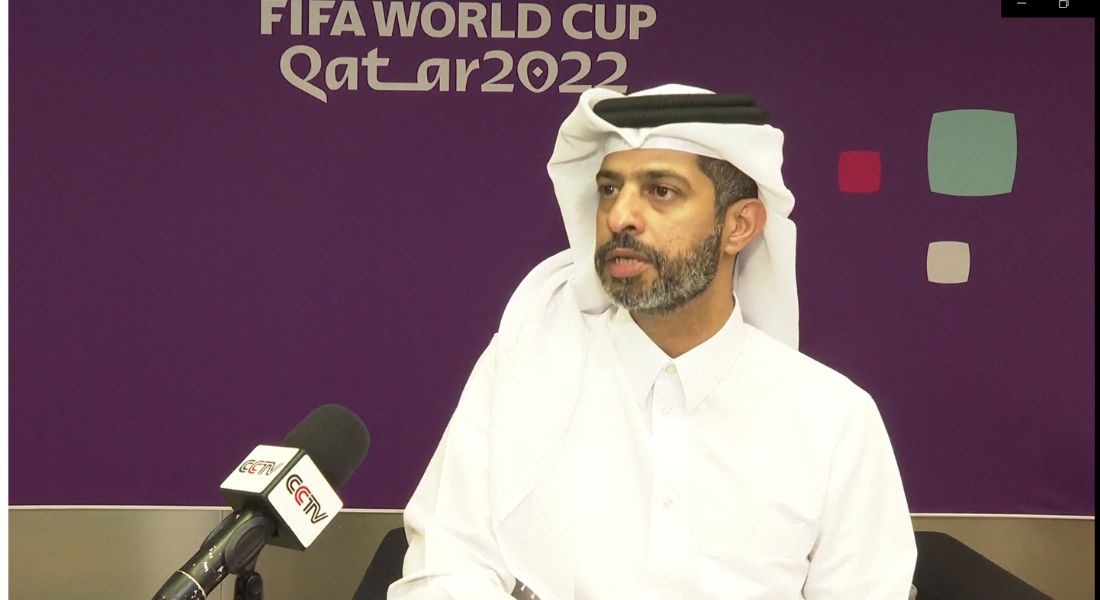 Qatar expects the 2022 World Cup to promote the country’s economic development through attracting tourists and foreign investment in addition to the infrastructure facilities built for the event, according to Nasser Al Khater, chief executive officer of Qatar 2022.

This year’s World Cup, the first one to be held in the Middle East and the Arab region, opened on Sunday.

For the host country, the tournament is not only an opportunity but also a challenge. During the World Cup, around 1.2 million football fans are going to visit the country, equivalent of the country’s total population, according to the estimation of Qatar.

“Undoubtedly, we will be ready. Preparations for all the stadiums is done. Training sites are done. Public transport system is complete. But obviously trying to make, these last-minute touch-ups, they’re all cosmetic, and it’s really, really something mainly for the experience of the fans and for the way the city looks,” said Al Khater.

It’s worth noting that the country has followed the philosophy of green construction during preparation for the World Cup. In fact, Qatar applied a large number of environmental protection technologies and energy-saving equipment in transportation construction and stadium facilities in an effort to hold a low-carbon World Cup.

Seawater desalination, rainwater collection and reuse technologies have been used in the planting of laws of the eight stadium, combined with an intelligent water-saving sprinkler irrigation system to intelligently control the irrigation area and time, which saves about 40 percent of fresh water compared with traditional lawn planting.

“Using the best and most sustainable methodology in construction and we make sure that we adopted worldwide standards for sustainable building to suit Qatar and to suit the region. And that is what GSAS standards, and also, what was important for us is to push the agenda of renewable energy,” said Al Khater.

To prepare for the World Cup, Qatar invested Ksh.36 trillion (US$300 billion) in infrastructure over the past 10 years. Al Khater said these investments will support the long-term development of Qatar’s economy.

“The World Cup fits in very perfectly with these plans, A, because it will bring a lot of attention to Qatar. Second of all, it would really put a catalyst to make sure that all these projects are completed in time for the World Cup so that right now Qatar is ready really to go to the next phase of a more knowledge-based economy, moving away from hydrocarbons, and really right now, I think, Qatar is well positioned to attract more tourism in the future after the World Cup, but also to attract foreign trade and foreign capital,” said Al Khater.