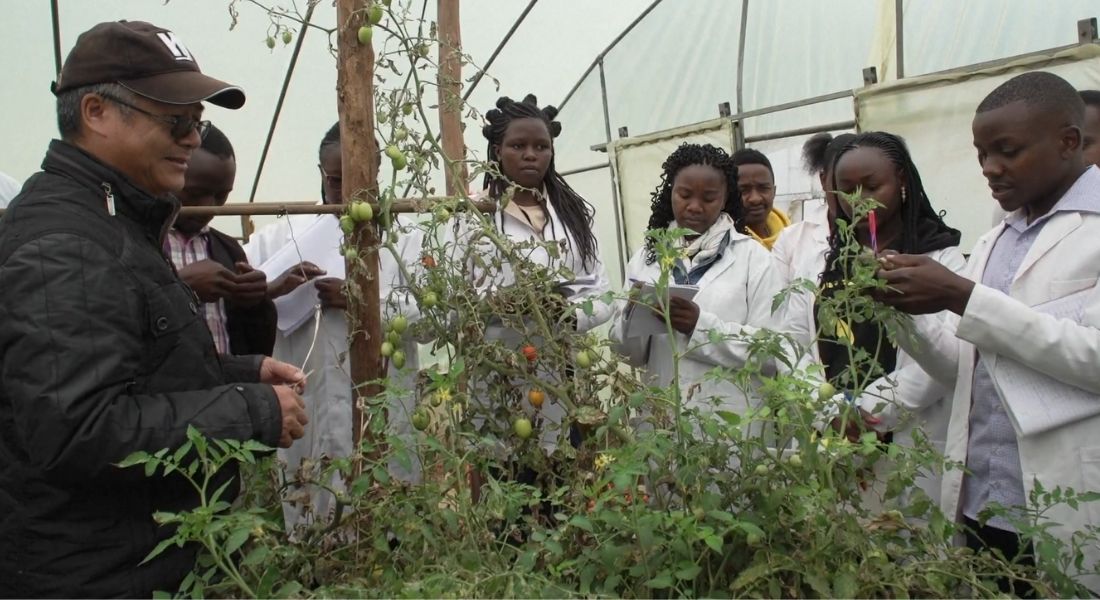 China has been deepening agricultural cooperation with African countries via the establishment of low cost greenhouses, setting up crop breeding labs, as well as sharing relevant experience to help address challenges posed by climate change and boost food security across the continent.

The first harvest of a high-yielding maize variety conceived through joint research between Chinese and Kenyan scientists was unveiled on Friday in Nairobi. Maize is one of the staple foods for Kenyans, but the country is suffering from drought which has led to a reduction in maize production.

Planted in May at a Modern Agricultural Demonstration Area (MADA), in conjunction with the Sino-Africa Joint Research Center (SAJOREC) within the Jomo Kenyatta University of Agriculture and Technology (JKUAT), the maize recorded a yield of 2,700 kilograms per acre in the demonstration area, about 50 percent higher than surrounding areas.

“The weather was very dry and that’s one reason why we were glad that we did that work here when the weather was rather challenging,” said Robert Wahiti Gituru, African executive director of SAJOREC.

“The Chinese greenhouse technology was the first one to be adopted here for small scale growing of vegetables. People are excited about them. Because it was simple and very effective,” said Samuel Nyalala, associate professor of horticulture at Egerton University in Kenya.

“Many local farmers have started to buy greenhouses to grow tomatoes and sweet peppers, both are major vegetable crops in this region,” said Liu Gaoqiong, professor with Nanjing Agricultural University.

As part of efforts to deepen agricultural science and technology cooperation, the China-Kenya Joint Laboratory for Crop Molecular Biology, based in Egerton University’s Confucius Institute, was jointly built in 2016 by the two sides. And in 2019, the lab became the first institution in the Belt and Road Joint Laboratory program to be approved by the Ministry of Science and Technology of China.

“Nowadays we are moving from conventional breeding to crop molecular biology, assisted breeding using molecular elements. So I believe that the importance of this lab can not be overestimated. It’s very key and very important for Kenyan and also global agriculture,” said Steven Githeng’u, lecturer with the lab.

Blow to govt as High