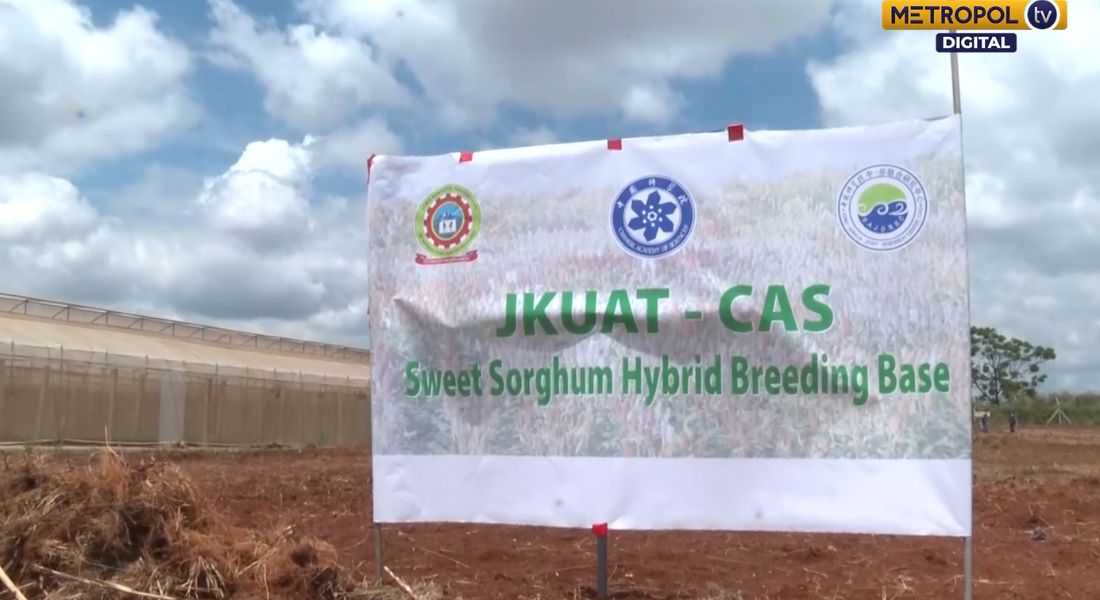 The first harvest of a high-yielding maize variety conceived through joint research between Chinese and Kenyan scientists was unveiled on Friday in Nairobi amid expectations that it will help tackle food insecurity affecting local small-holder farmers.

Maize is one of the staple foods for Kenyans. However, the country is suffering from drought which has led to a reduction in maize production.

Planted in May at a Modern Agricultural Demonstration Area (MADA) adjacent to Sino-Africa Joint Research Center (SAJOREC) domiciled within the Jomo Kenyatta University of Agriculture and Technology (JKUAT), the maize matured at the right time, recording 2,700 kilograms yield per acre in the demonstration area, about 50 percent higher than the yield in the surrounding area.

According to SAJOREC, the university allocated 10 acres of land as the core demonstration area, and the Chinese Academy of Sciences provided project funds, high-yield germplasm resources and technical support. Both sides participated in the management and shared agricultural scientific research results.

The SAJOREC also held a ceremony to celebrate the initial harvest of the maize on Friday.

“The crop has been through techniques that have been employed in China. We borrowed that and we worked closely with scientists from China. That makes it easier because this is something that can be taught directly to the farmers. I believe it’s a starting point for changing the fortunes of crop productivity, not just in JKUAT and the areas around it, but in Kenya,” Robert Wahiti Gituru said.

Yan Xue, Chinese executive director of SAJOREC, said local residents were impressed by the harvest of maize in a drought-stricken year.

“Locals were impressed by how the maize we planted were growing, as well as its yield. They said this is the best-growing maize they have ever seen. They did not expect such a good yield, especially considering the severe drought of this year,” Yan said.

According to Yan, high-yield maize varieties suitable for Kenya’s climate will be selected for promotion.