We will resist attempts by govt to raise taxes – warns Raila 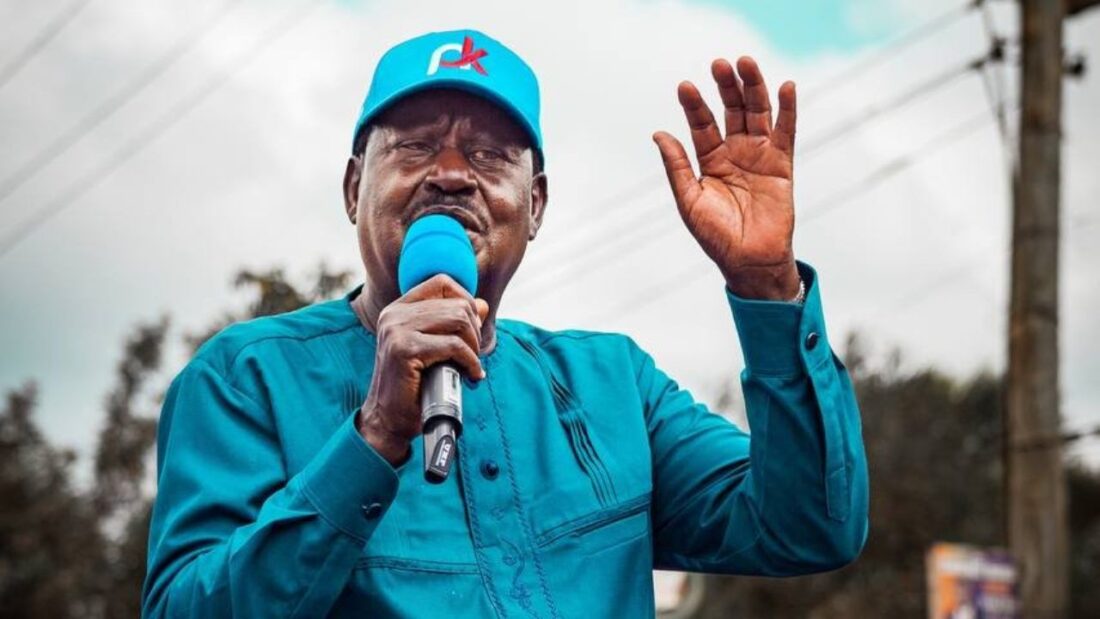 Opposition leader Raila Odinga fired a warning shot at the ruling party, United Democratic Alliance (UDA) over its intent to impose extra tax measures on millions of suffering Kenyans in a bid to raise revenue.

In a fired up presser Thursday afternoon, Odinga warned President William Ruto, the UDA party leader that his attempt to raise taxes will be met with a wave of resistance.

This even as he challenged Ruto’s administration and the Kenya Revenue Authority (KRA) to device other means to collect revenue.

Odinga’s warning comes against the backdrop of high cost of living in a country that is still reeling from the coronavirus shocks, and now the ongoing war in Ukraine which has seen the shilling weaken to its lowest.

The Central Bank of Kenya (CBK) placed changes in the price of food or food inflation at 15.8 per cent in the month, the highest rate of food inflation from its available data base.

The rate beat the previous high of 15.8 per cent in September when the price of food products which represents about one third of household budgets also went up.

During the month, the price of wheat flour set the highest annual increase at 40.8 per cent ahead of sugar, cooking oil and sifted maize flour.

Odinga also took issue with President Ruto’s proposal to whip Kenyans to increase their National Social Security Fund (NSSF) contributions in which the firm will part with six percent cut from salaries of every employed Kenyan.

He claimed NSSF and National Hospital Insurance Fund (NHIF) have been marred by integrity issues, where billion of public funds have been lost through corruption deals.

“Deducting more money from workers and throwing it at the corrupt and mismanaged institutions like NSSF and NHIF won’t solve any problem. The government must be seen to be fighting corruption. We will resist any attempt by the government to unilaterally raise taxes to finance corruption.”

“We fully support the increment in NSSF deductions from the current Ksh.200 to the 6 per cent rate as captured in the NSSF Act,” said Atwoli.

Terming the current contribution as lowest in East Africa, Atwoli said an increase to a higher rate was long overdue.

This, according to the trade unionist, would cushioned millions of employed Kenyans against poverty at old age.

“For instance, a worker who has worked for 30 years being deducted Ksh.200 monthly can only take home Ksh.144,000 (subject to inflation) upon retirement. Such an amount ultimately leaves retirees exposed to old-age poverty,” said Atwoli.

“On the other hand, a worker earning Ksh.50,000 a month and having worked for 30 years being deducted 6 per cent with an equal top-up from the employer will take home Ksh.2.1 million (subject to inflation) upon retirement.

Odinga’s caution against increased NSSF contributions mirrors a decade-long case in which billions of public funds were misappropriated at the firm.

This was in 2008, where the Ethics and Anti-Corruption Commission (EACC) received a report that NSSF had lost Ksh.1.6 billion of pension funds through irregular trading in shares by Discount Securities Limited.