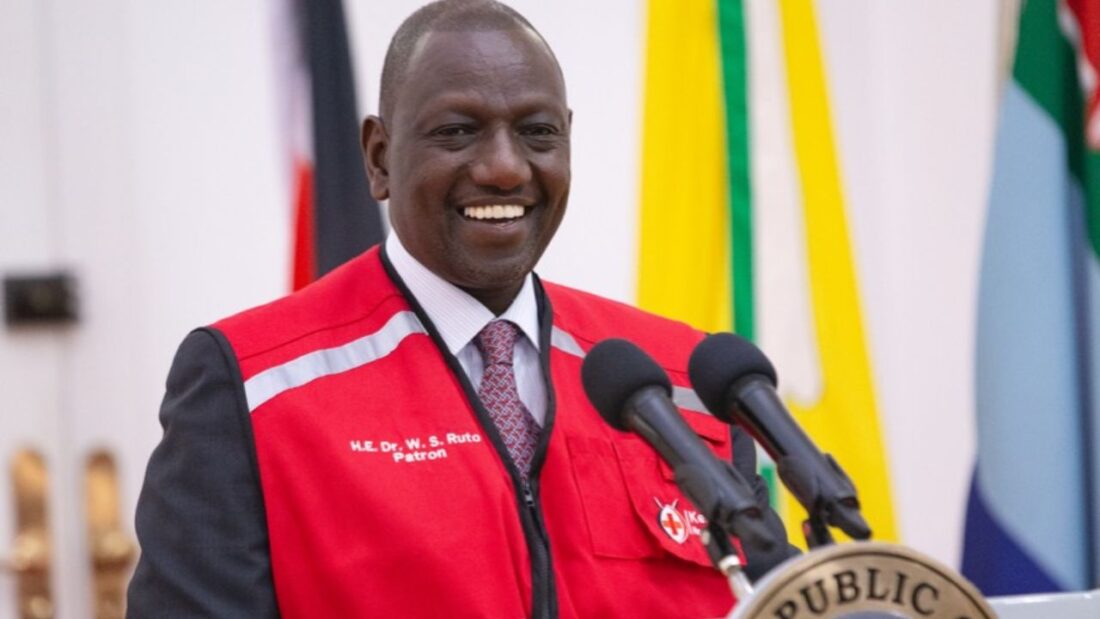 President William Ruto was crowned as Red Cross Society patron in an even which he personally graced at State House, Nairobi.

Following the ceremony, the President appealed to the Kenya Red Cross Society to incorporate climate change in its scope of activities.

He said Kenya is in the grip of the worst drought in 40 years, and “a lot of work has to be done in mitigating its effects”.

The unprecedented wave of challenges, the President explained, calls for effective and transformative collaboration.

“Go further and join us in sensitising our communities about climate change and ways of building resilience,” said the President.

Among his call to the society was for it to use its capacity to mobilise communities to complement the government’s tree planting programme.

The President announced that the Government had made available an extra Ksh.2 billion, in addition to Ksh.3.2 billion given earlier, to tackle famine in the country.