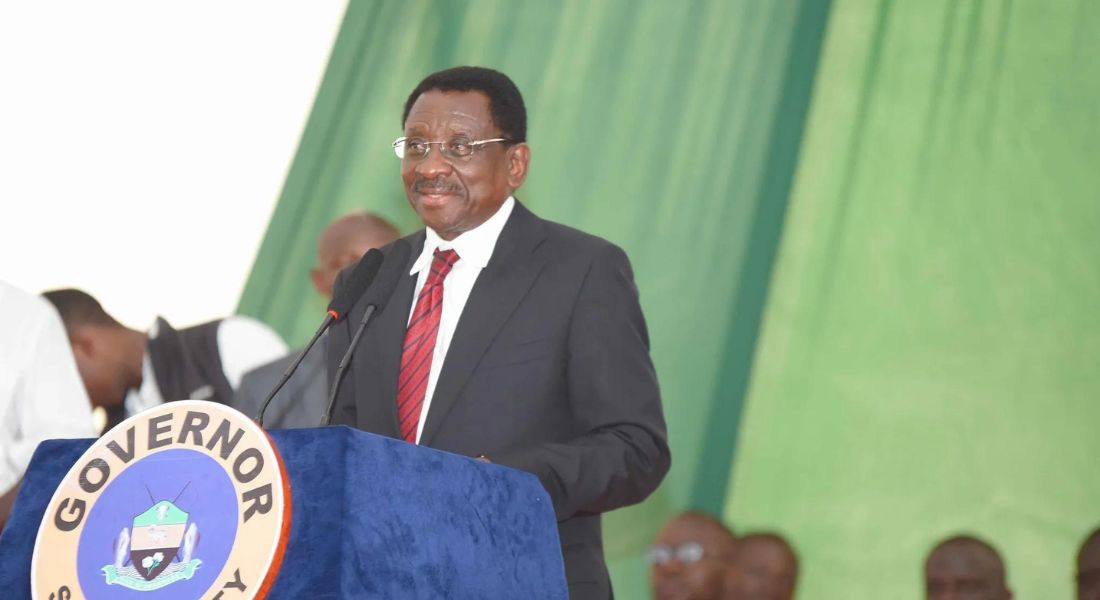 Siaya governor, James Orengo today sent all the chief officers and the county secretary on compulsory leave to pave way for an independent audit of the county’s financial transactions and human resource.

Orengo further announced a mini reshuffle of the cabinet and a total overhaul of the finance and procurement dockets, adding that all officials who served in the two departments have been deployed elsewhere.

He said that the current county executive committee member for Enterprise and Industrial development, Richard Mungla will now head the finance and economic planning docket, swapping places with his finance counterpart, Cleophas Ombogo who will take over the enterprise docket.

Dr. Elizabeth Odhiambo, the CECM in charge of agriculture will take over the water, environment, natural resources and climate change in acting capacity, said the governor. The docket was previously handled by Mr. Mungla in acting capacity.

Speaking during the inauguration of an audit taskforce chaired by former auditor general, Edward Ouko, Orengo said the action has been taken to create an enabling environment for the taskforce to carry its work and also help the Ethics and Anti-Corruption Commission and other investigative agencies to carry out their duties without interference.

He however said that all the officers sent on compulsory leave will have to make themselves available whenever required by the taskforce and other state agencies dealing with the matter.

“The finance department has been overhauled and major changes made” he said adding that all the departmental accountants and procurement officers have been transferred to other departments or assigned other duties.

Orengo said that the decision to take the measures was necessitated by the situation he found Siaya county finances in.

“Within a fortnight or so after the deputy governor and I assumed office, we found the state of finances of Siaya county deplorable, both in terms of financial management and fiscal reporting” he said adding “we were confronted with what looked like outright embezzlement and wastage of county funds and lack of prudence in the use of public money.

The governor said that he had no alternative but to take immediate steps by stopping payment of pending bills, processes of procurements and the award of contracts.

Orengo said that the county government cannot escape public scrutiny, adding that people had the right to talk about the expenditure of tax money.

The governor expressed concern that some individuals suspected to be members of the cartel that has been fleecing the county government were already calling members of the taskforce, threatening them of unknown consequences.

He appealed to the county security team officials, led by county commissioner Jim Njoka who also attended the inauguration to take up the matter and help provide security to the taskforce members.

Addressing the occasion, the taskforce chairman, Edward Ouko said his team will not engage in witch hunt and will diligently perform its duty in accordance with the law.

Ouko said they were aware that the task will not be easy and the public had high expectations and that his members were up to the task and committed to ensuring that the tenets of devolution were achieved in Siaya.