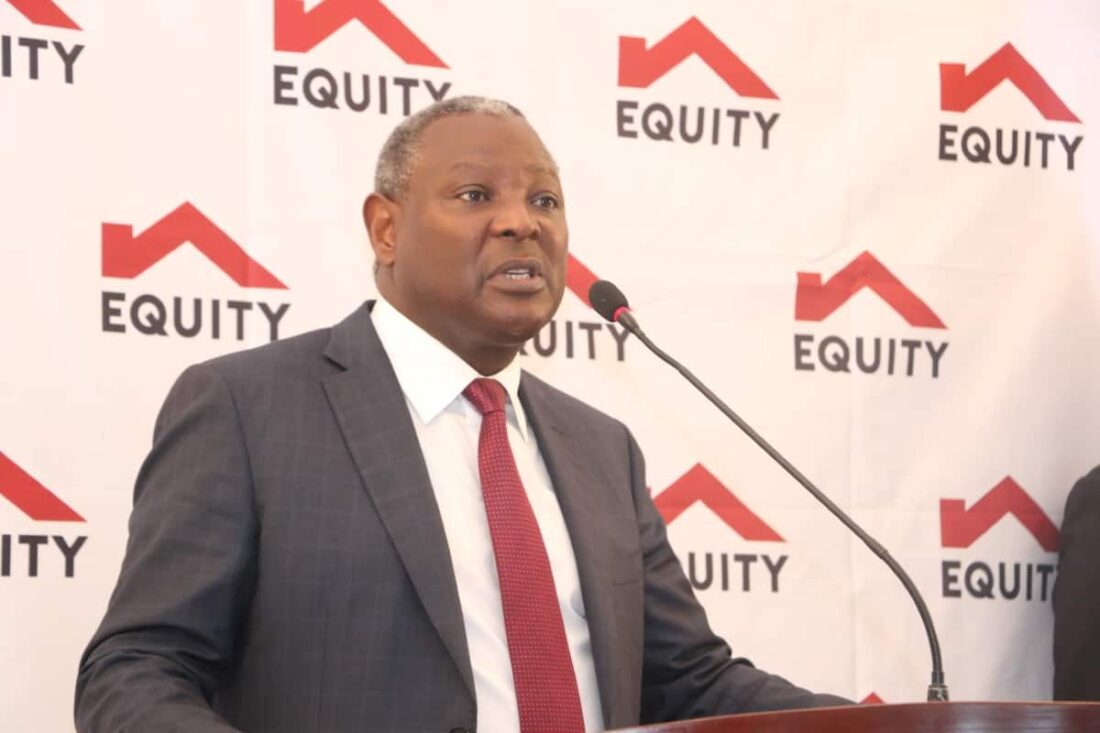 Equity Group has posted a 35.4 per cent rise in net profit to Ksh.23.7 billion from Ksh.17.5 billion at the same stage last year.

The rise in earnings over the six months to June is largely attributable to higher income in the period supported by renewed lending to the private sector and greater trade finance and Forex trading.

According to Equity Group Managing Director James Mwangi, the rise in lending has resulted from a hold in customer risks allowing the bank to slow down on government lending.

The lender’s total operating income rose by 26.4 per cent in the period to Ksh.65.6 billion from Ksh.51.9 billion.

The bank’s loan book in the period stretched to Ksh.650.6 billion from Ksh.504.8 billion to mirror Equity’s increased lending.

Equity’s investments in government securities in the period grew at a slower rate of 16 per cent to Ksh.365 billion.

At the same time, the bank has continued to benefit from economies of scale represented by its regional reach through subsidiaries.

During the period, Equity’s subsidiaries contributed to 28 per cent of the bank’s profitability.

“We have become a regional bank, not really from the number of subsidiaries we have but from the distribution of our balance sheet,” added Dr. Mwangi.

Equity’s operating expenses grew behind income at 23.5 per cent to Ksh.34.7 billion as the bank increased its loan-loss provision cover to Ksh.4.1 billion from Ksh.2.9 billion.

The rise in provisions in despite a cooldown in gross non-performing loans (NPLs) which eased to Ksh.61 billion from Ksh.62.2 billion.

The bank expects the momentum of growth to continue through the second half of the year with the implementation of risk based pricing set to further lift interest income.

Equity’s balance sheet has touched Ksh.1.334 trillion in the period from Ksh.1.12 trillion previously with Ksh.970.9 billion in customer deposits.

The board of Equity has nevertheless omitted the payment of an interim dividend adding to the list of lenders skipping the pay-out including Standard Chartered and Stanbic Bank.