Kenya calls for immediate cessation of hostilities in DR Congo

Kenyan President Uhuru Kenyatta has called for an immediate ceasefire in the Eastern Democratic Republic of Congo (DRC), where fighting has led to the loss of lives and property.

Kenyatta, the co-convener of the Inter-Congolese consultations under the Nairobi Process, urged all armed groups, both foreign and local, to lay down arms immediately and unconditionally and to commit to a political process.

In a statement released Wednesday, he called for the declaration of Ituri, North Kivu (Bunagana, Bugusa, most parts of Petit Nord, Masisi, Lubero and the Beni-Kasindi main axis) and South Kivu provinces as weapons-free zones, where any individual or group carrying weapons outside legally deployed and mandated forces in the country will be disarmed.

The Allied Democratic Forces, an armed group linked to the Islamic State of Iraq and the Levant, is considered the deadliest of dozens of armed militias that roam the mineral-rich eastern DRC.

Kenyatta said a meeting of regional commanders scheduled for Sunday in Nairobi should finalize preparations for the deployment of a regional force.

He called for the activation of the East African Regional Force, which he said should be deployed to the Ituri, North Kivu and South Kivu provinces immediately to stabilize the zone and enforce peace in support of the DRC security forces.

He also called on the political leadership in East Africa to remain committed to strengthening political and military efforts in the DRC to ensure lasting peace and stability in the country. 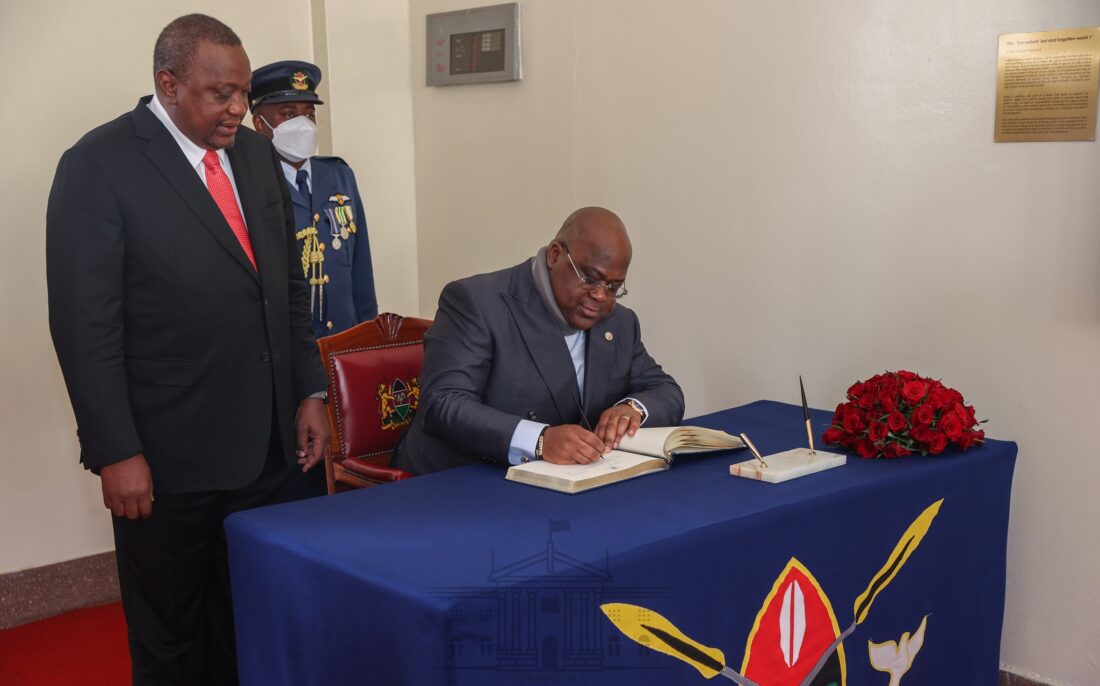