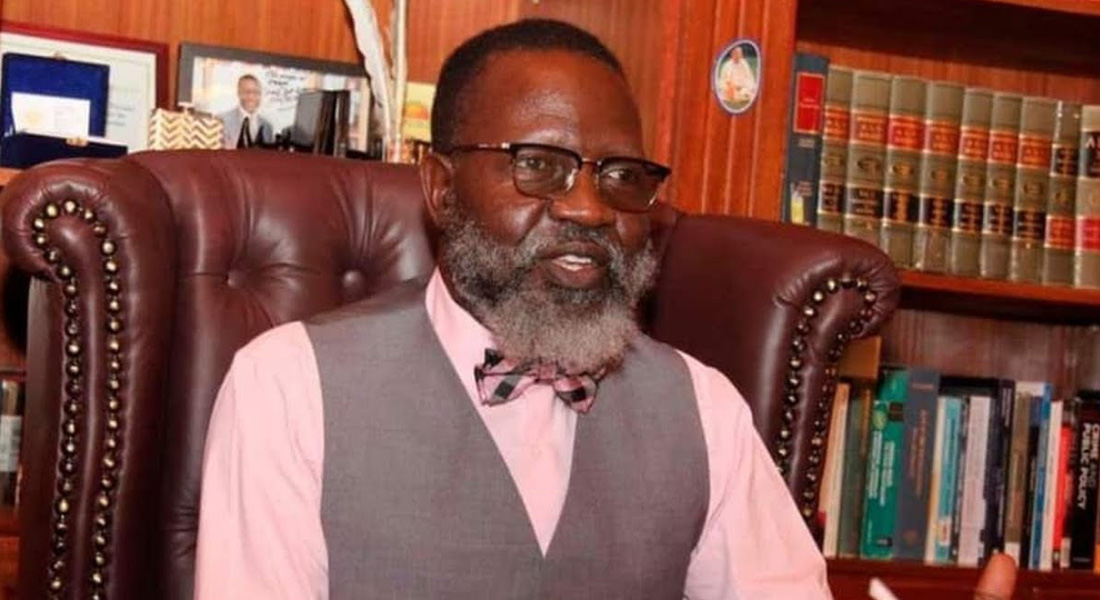 Roots Party presidential aspirant George Luchiri Wajackoyah has been denied a ticket by the Independent Electoral and Boundaries Commission (IEBC) to run for president.

According to IEBC Chair Wafula Chebukati, Wakackoyah failed to meet the 48,000-signature requirement.

“We have looked at your documentation and you have complied with all requirements except the supporters’ list. In the list of signatures, only 17 counties were compliant while the others had a shortfall,” Chebukati told Wajackoyah.

Wajackoyah was accompanied by his running mate Justina Wamae. The two have been given until June 2, 2022 to comply with the signatures requirement if he intends to be on the ballot come August 9th.

“You need a minimum of 8 counties to fill the gap for us to reconsider your application. We will give you an opportunity to seek the signatures,” said Chebukati.

Wa Iria is accusing IEBC of selling his signatures to other candidates, days after his name was removed from the nomination register.

He caused drama at the Bomas of Kenya on Monday when security officers blocked him from accessing the venue for clearance.

“I must be on the ballot,” he said, “IEBC must stop the games they are playing.”