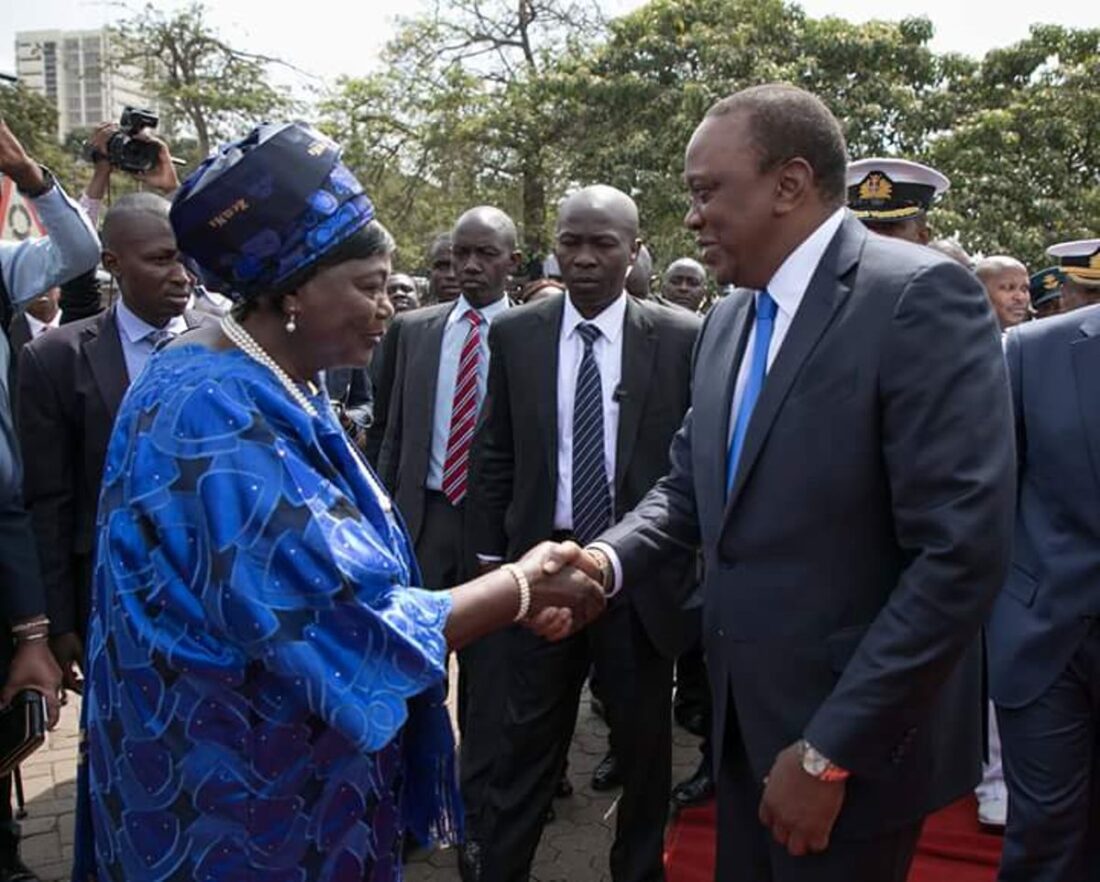 The Kenyatta Family and Philip Ndegwa Family are NCBA Bank’s top shareholders with a combined 25.72 percent stake valued at Ksh.10.5 billion, according to the bank’s annual report.

The Kenyattas, to whom President Uhuru Kenyatta belongs, are listed as top shareholders with a 13.2 percent stake valued at Ksh.5.4 billion, followed by the Ndegwas, the family of late Philip Ndegwa, former Central Bank of Kenya (CBK) Governor.

Another key NCBA shareholder is the late businessman Naushad Merali, the owner of Yana Investments Limited.

In a report by Business Daily, NCBA chairman James Ndegwa’s shares increased to 69.7 million with a current market value of Ksh.1.73 billion.

Andrew Ndegwa, the chairman’s brother who is also the bank’s non-executive director has 70.7 million shares worth Ksh.1.76 billion.

NBCA was born out of a merger deal between the then Kenyatta controlled CBA bank and NIC bank which was controlled by the Ndegwas.

Before the merger in 2019, the Ndegwas had a combined 25 percent stake in NIC. James and Andrew on the other hand held a combined 6.6 million shares in CBA, according to disclosures that were made ahead of the merger.

According to BD, CBA and NIC shareholders took stakes amounting to 53 percent and 47 percent respectively in the merged entity to reflect the relative size of the institutions at the time.

NCBA has lower returns on shareholder funds compared to its peers in the top tier like Equity Group and KCB Group.

It has since laid out an expansion plan for 2022 with an expectation to open 12 new branches in Kenya.

The plan is part of its strategy to target small businesses that have been hit by the coronavirus pandemic.

It also says will open branches in the Democratic Republic of Congo (DRC) and Ethiopia as the African continent opens its door for Continental Free Trade Area (CFTA).

The plan comes one year after the lender opened 13 other branches in Mombasa, Nyeri, Karatina, Ruiru, Nungoma and Embu.

Other regions were Kakamega, Kericho, Ngong, Naivasha and Kiambu.