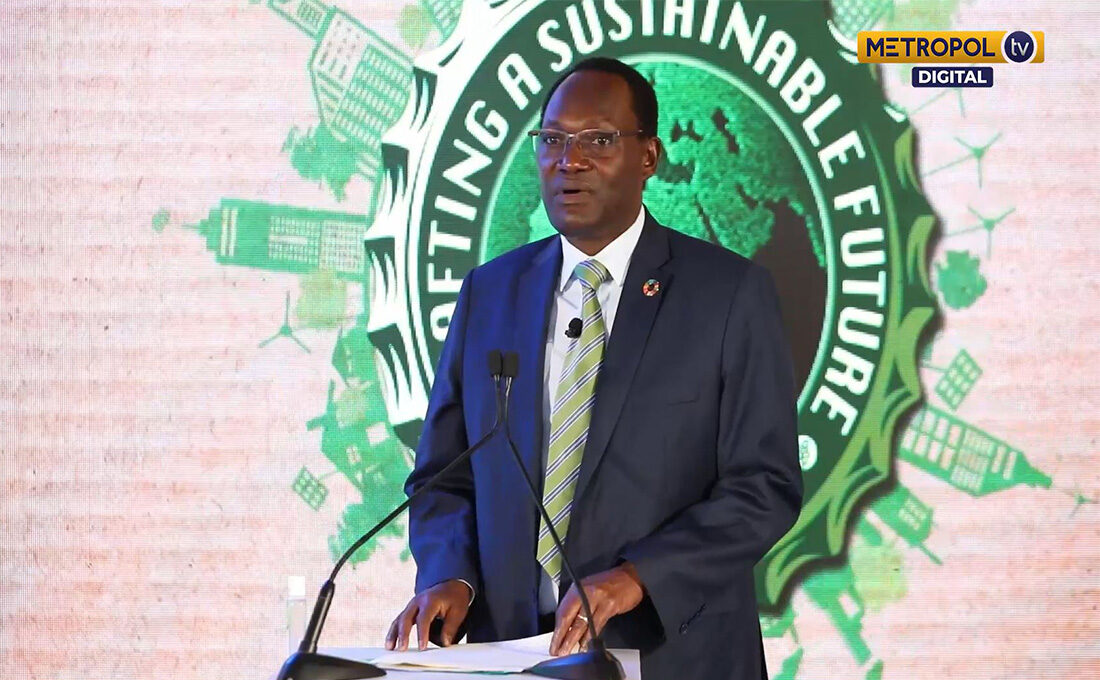 With the persistent calls for all nations to go green to mitigate climate change, the Kenyan government now says it requires at least Ksh.6.8 trillion for the change mitigation and adaptation for the next ten years.

Environment Principal Secretary (PS) Dr. Chris Kiptoo said the government is working on a long-term strategy through its Climate Change Action Plan in an effort to attain net-zero emissions.

“We expect all sectors to cartelize growth and development of sustainable products and services and promote a green economy. The ability to operate and produce sustainably will be attributed to a successful enterprise,” said Dr. Chris Kiptoo.

Dr. Kiptoo called on collective efforts especially in the private sector in the promotion of green economy through the development of sustainable products and services.

On his part, Energy PS Dr. Joseph Njoroge stressed on the importance of Private Public Partnership (PPP) in improving sustainability and clean energy before assuring the private sector players that the government will play its part to provide an enabling environment to support companies to become more sustainable.

“There’s very good consensus of the need to mitigate climate change by both the government and the private sector. We do have very good incentives particularly on those who use green energy resources. Solar, wind, geothermal, even biomass. These energy sources attract tax exceptions when they’re developed,” said Njoroge during the official launch of the inaugural East Africa Breweries Limited (EABL) sustainable report in October last year.

Incentives provided by the government in the energy sector currently include a zero rate of import duty and Value Added Tax (VAT) exemption for equipment for generation of solar and wind energy, VAT exemption for companies that had already signed power purchase agreements with the government before April 2020 and exemption from payment of stamp duty in respect of goods used in the projects.

EABL, which heavily relies on natural ingredients, urged other businesses to get involved in environmental conservation through shared value or risk witnessing the collapse of systems that will affect the profitability of their businesses.

“We live in a world where about environment is deteriorating faster than previously believed possible. This means that we have to act fast to reverse the worst trends. We have integrated social and environmental standards into our supply chain ensuring that our entire business strategy is sustainable,” said EABL Group Chairman Dr. Martin Oduor Otieno.