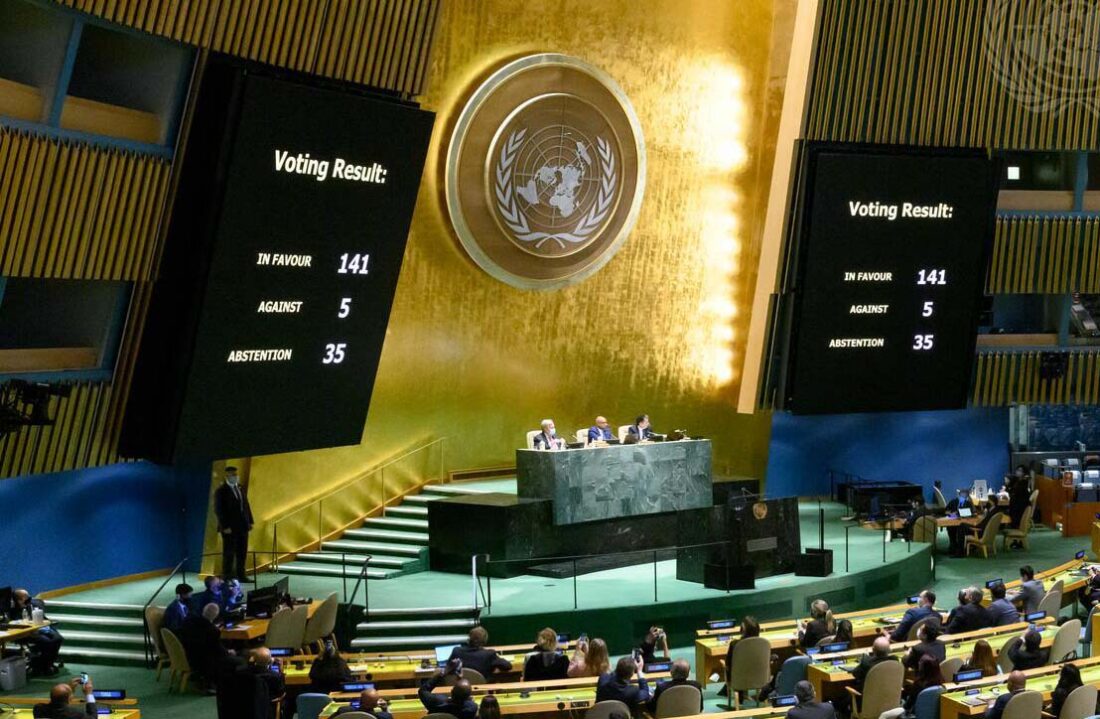 The UN General Assembly on Tuesday adopted a resolution on its convocation with each use of the right of veto in the Security Council.

The draft resolution, informally called the “veto initiative,” was crafted by Liechtenstein with dozens of cosponsors, including the U.S. and the U.K.

With it now adopted, any time one of the Security Council’s five veto-wielding permanent members China, France, Russia, U.S. and U.K. use that power to block a resolution in the U.N.’s most powerful body it will require a meeting of the General Assembly, where all U.N. members will be able to voice their views on the veto.

For years Russia has used its veto power to stymie Security Council resolutions which, unlike General Assembly resolutions, are enforceable under international law against its military tactics in Ukraine and, before that, in Syria.

“We are particularly concerned by Russia’s shameful pattern of abusing its veto privilege over the past two decades,” U.S. Ambassador to the U.N. Linda Thomas-Greenfield said, supporting the initiative.

The U.K. Mission lauded the resolution as a way to give “the entire U.N. membership a voice on the use of a veto.”