Over Ksh.1.2 billion spent on relief food to cushion Kenyans from hunger 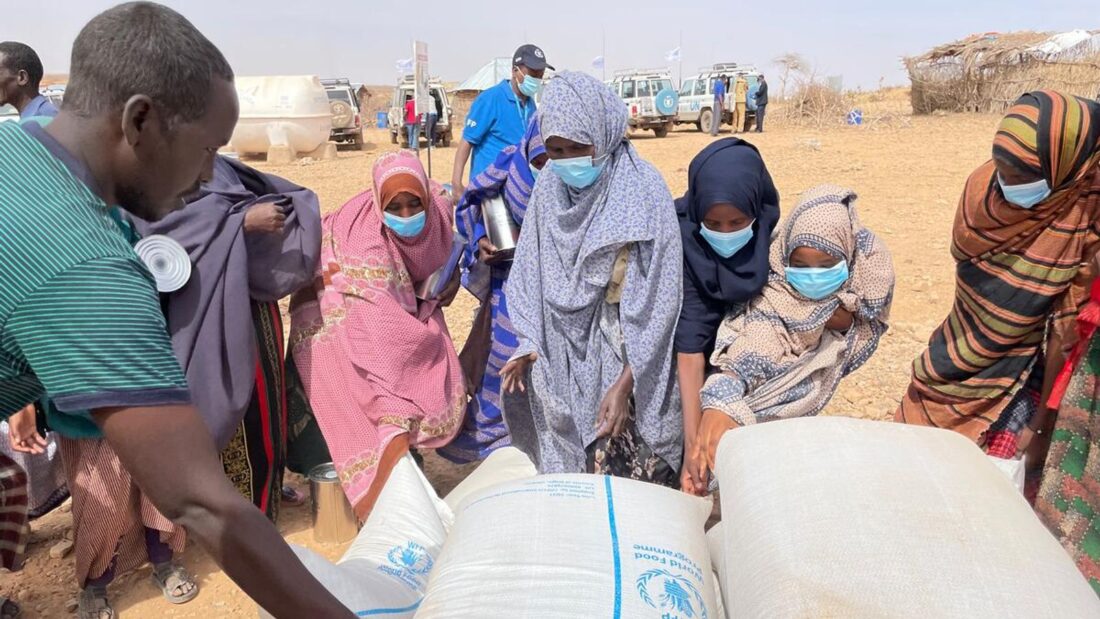 The Kenyan government has spent over Ksh.1.2 billion to cushion people faced with starvation in 23 Arid and Semi-Arid Lands (ASAL) counties.

The fund was disbursed through the cash transfer programme to the neediest and most vulnerable people between December 2021 and February 2022.

“During the same period the government disbursed Sh680 million, while a similar amount was released between January and February 2022,” said Government Spokesperson Col. (Rtd.) Cyrus Oguna.

While reiterating that nobody will die of hunger in the affected counties, Oguna affirmed the government was prepared to provide relief food to all Kenyans faced with starvation until the rains sets in.

“The government promise is that no Kenyan will die of hunger. We will continue giving relief food until the onset of rains to enable people start their farming activities,” said Oguna.

Speaking at Matiliku in Nzaui Sub county during the distribution of relief food, Oguna disclosed that the county had received 2,100 bags of rice (50kg), 3,120 bags of beans and 90 cartons of canned beef meat to be distributed to the local needy persons.

During the distribution exercise, the government spokesperson allayed fears among residents that the food being distributed was little saying this was only the commencement of the first phase as second phase begins this next week.

“If anyone of you runs out of food, you should inform the local deputy county commissioner for immediate action to be taken,” he observed.

On water scarcity, Oguna said the government intends to sink boreholes across the country to ensure 80 percent of people have access to water by the end of the year.

He however challenged residents to harvest rain water in their homes in a bid to alleviate the biting scarcity of the commodity facing many families in the area.

“At the moment, the government has sunk numerous boreholes across the country. We are at 70% and we want to move to 80% by the end of the year,” he said.

According to the World Food Programme (WFP), more than 13 million people across Ethiopia, Kenya, and Somalia face severe hunger as the driest conditions in decades spread a devastating drought across the Horn of Africa.