A total of 33,777 pieces of wreckage recovered from China plane crash site 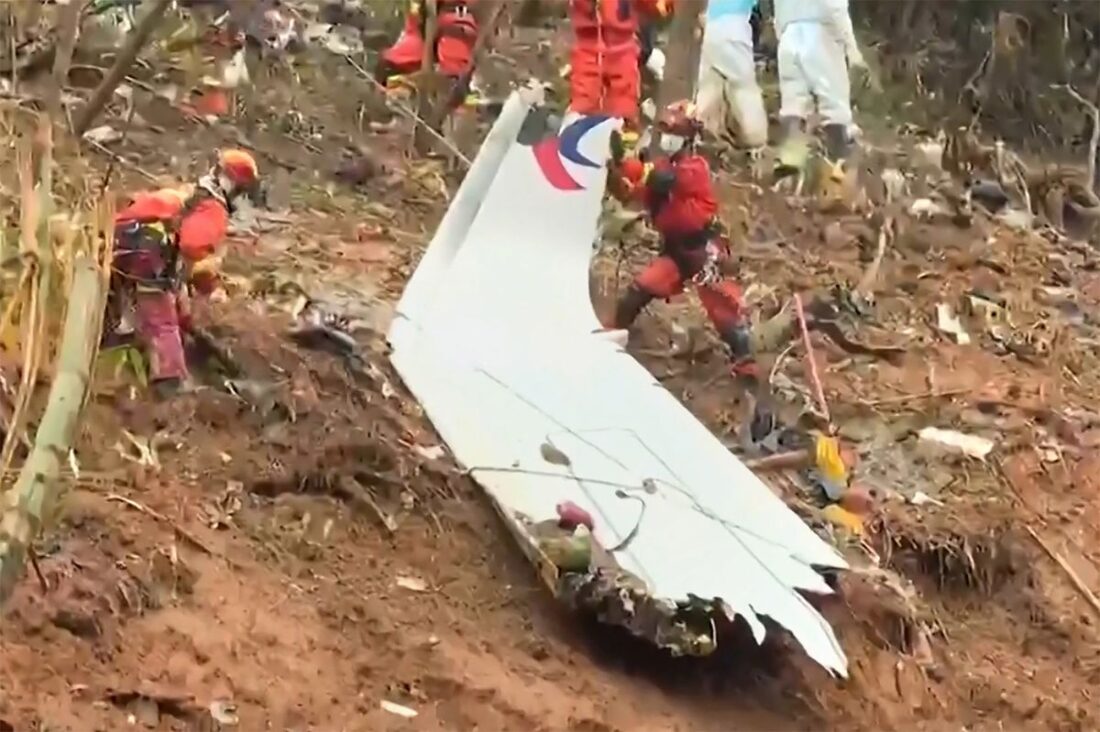 A total of 33,777 pieces of wreckage and debris have been recovered from the site where a China Eastern Airlines plane crashed on March 21 in Tengxian County, south China’s Guangxi Zhuang Autonomous Region, an official told a press briefing on Sunday.

China held an event on Sunday to mourn the victims of the plane crash. Flight MU5735 crashed in southern China on March 21, killing all 132 passengers and crew on board.