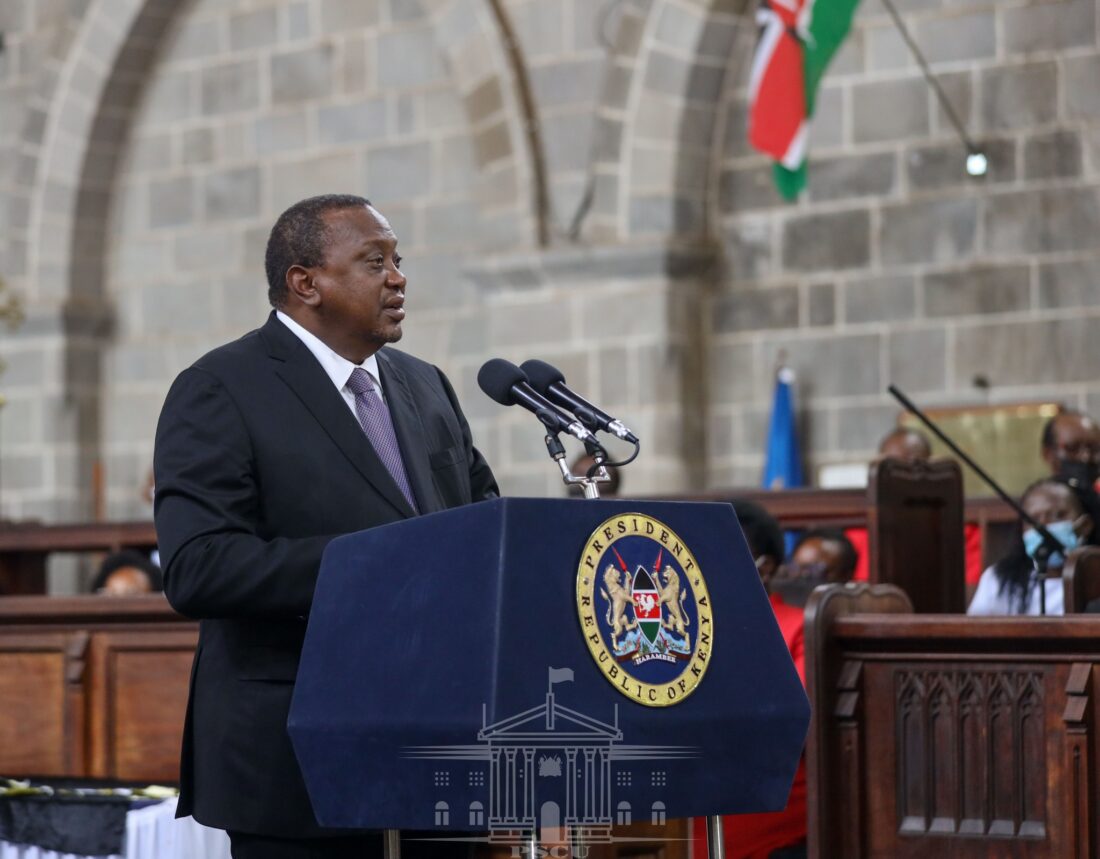 President Uhuru Kenyatta has directed the Ministry of Transport to collaborate with the St. John association to train at least 200,000 boda boda riders on first aid to boost the country’s first responder capacity.

The President also ordered the Ministry of Health to establish a framework of cooperation to co-opt 26,000 volunteers from the St. John Priory to strengthen primary healthcare, emergency preparedness and response interventions all the way to the community level.

“…that the Ministry of Health facilitates the establishment of a national trauma centre and provide support towards equipping of the highway trauma centres to further strengthen collaboration with St. John Ambulance,” said President Kenyatta.

The Head of State spoke Thursday March 24, 2022 at the All Saints’ Cathedral in Nairobi County when he attended the investiture ceremony of St. John Kenya, where 31 members of the association were awarded for their service and sacrifice towards making the lives of Kenyans better.

He also asked the Ministry of Health jointly with the National Treasury and the Attorney General’s office to formulate amendments to the St. John Ambulance of Kenya Act (Chapter 259 of the Laws of Kenya) that will deepen the partnership between the State and St. John by providing a framework for exchequer support to the association.

The President, who is also the chief patron of St. John Kenya, commended the association for its exemplary service to the country.

“This feat has been realized through exemplary work that straddles various volunteer services; including ambulance services, highway emergency response, first aid and safety training, maternal healthcare advocacy among others.”

St. John association has also inculcated in the hearts of millions of youth the value of volunteerism and service to others.

“So many men and women, in every area of life, have been led by the light of your duty and devotion; and we thank each and everyone of you for your exemplary service.”

President Kenyatta acknowledged and appreciated Her Majesty Queen Elizabeth II, the Sovereign Head of the Order of St. John, for recognising the 31 members of St. John Kenya whose names were published in the London Gazette of 20th January 2022.

“May the sacrifices you make every day for your fellow mankind be an inspiration to many more to live by the values that underpin the Order’s commitment to service,” President Kenyatta told the awardees.

Speaking at the ceremony, Health Cabinet Secretary Mutahi Kagwe said his ministry considers the Order of St. John as a valuable partner in the country’s healthcare system.

CS Kagwe said the spirit of volunteerism permeated from St. John has now taken root in the Ministry of Health through community health volunteers and other workers.

The Prior of St. John Kenya, Paul Ndung’u, also spoke during the ceremony that was also attended by Wiper leader Kalonzo Musyoka.

Ndung’u said St. John Kenya has continued to expand its programmes to keep up with the changing demands in communities.

He said the priory supports and runs a number of community projects across the country including raising awareness on the need for people to look after their health and make first aid part of everybody’s life.