In a corresponding period for the year 2020, the Nairobi Security Exchange (NSE) listed institution posted a profit of Ksh.19.7 billion.

According to the bank, it cut loan loss provisions that are normally set aside to cover for potential loan defaults from customers hit by the COVID-19 pandemic.

The lender’s improved business environment from COVID-19 shocks boosted its confidence in loan repayments, which saw it lower the provisions to Ksh.5.8 billion.

At the same time, the interest charged by Equity on its loans earned it a Ksh.16.8 billion profit from Ksh.68.8 billion, up to Ksh.52 billion from the previous year.

Equity also earned Ksh.29.4 billion in interest from government bills and bonds from Ksh.20.9 billion it got in 2020. Following the results, Equity Group Chief Executive Dr. James Mwangi will walk away with Ksh.495 million in dividends.

“When COVID- 19 struck, Equity Group sought its true north, its purpose and commitment to supporting its members. The Board and Management decided to focus on saving lives and livelihoods, giving dignity, and expanding opportunities for wealth creation while keeping the lights of the economies on,” said Dr. Mwangi.

This in the process increased and accelerated customer deposits which gained 29 percent to Ksh.959 billion from Ksh.740 billion.

At the same time, Equity reported 134 percent in its profit before tax to Ksh.51.9 billion up from Ksh.22.2 billion the previous year.

The group’s total assets grew by 29 percent to Ksh.1.305 trillion up from Ksh.1.015 trillion driven by a corresponding 29 percent growth in customer deposits to Ksh.959 billion up from Ksh.740.8 billion resulting in excess cash being deployed in low yielding government securities at 9.6 percent  while cost to income remained fairly constant at 49.1 percent  up from 48.5 percent 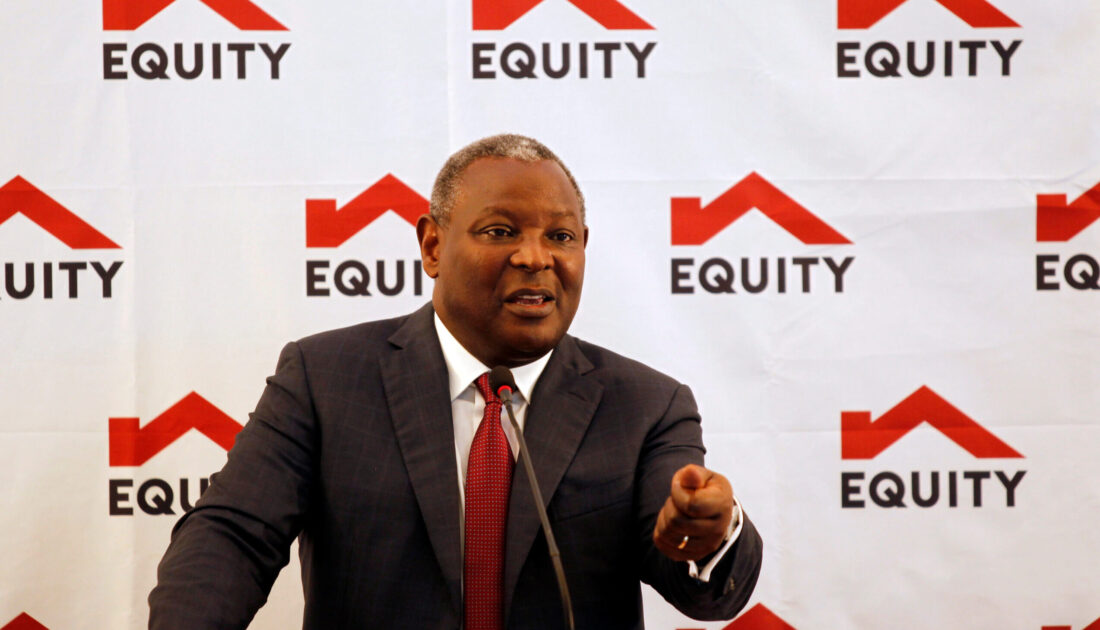