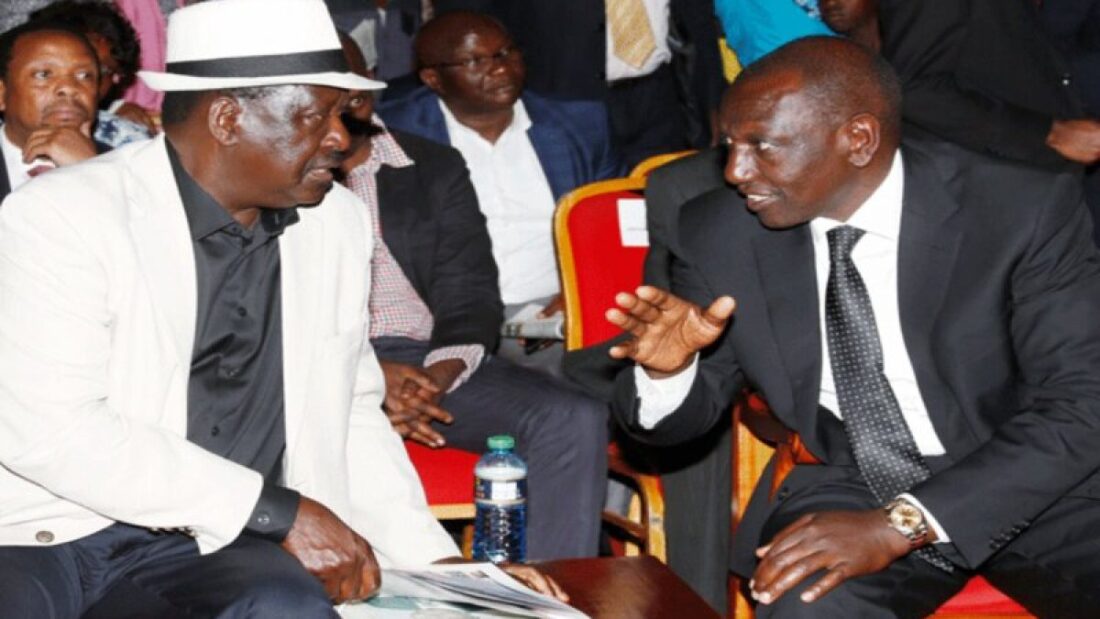 The Orange Democratic Movement (ODM) party leader Raila Odinga is on a five-day trip to the United Kingdom amid the 2022 presidential campaign, a week after Deputy President William Ruto concluded his ten-day tour of the United States and the UK.

The two leaders are seemingly enhancing their ties with the outside world as the political drumbeats have already taken shape with President Uhuru Kenyatta now endorsing Odinga as his successor.

In his trip, the DP tore into the March 2018 handshake deal between Odinga and President Kenyatta.

Similarly, ODM Leader is expected to visit the Archbishop of Canterbury Justin Welby just like the DP who meet the Archbishop after delivering a speech at the Chatham House.

ODM Secretary General Edwin Sifuna revealed that the ODM boss will be explaining his agenda to the diaspora communities and World powers.

“He is supposed to leave this evening to the UK. Now that he is the candidate, he is supposed to talk to the diaspora support and also the powers in the West so that they understand his agenda for the country. He can now engage as the incoming president,” said Sifuna.

The former premier is in the company of Governors Hassan Joho (Mombasa), Charity Ngilu (Kitui), Lee Kinyanjui (Nakuru), former presidential candidate Peter Kenneth and Suna East MP Junet Mohammed and will be joined by COTU boss Francis Atwoli who is already in the UK.

Kenyans in the US, UK, Canada, South Sudan, Qatar, United Arab Emirates and Germany will be voting for the first time.

They join countries like Tanzania, Uganda, Rwanda, Burundi and South Africa that participated in the last election in 2017.

While in the UK, the AU Special envoy for Infrastructure will also engage the Commonwealth Secretariat.

This comes as Deputy President William Ruto publicly came out to announce his discontent with the President’s move to endorse Odinga that they built the Jubilee government together but the President turned his back on him and started addressing them with all sorts of names.