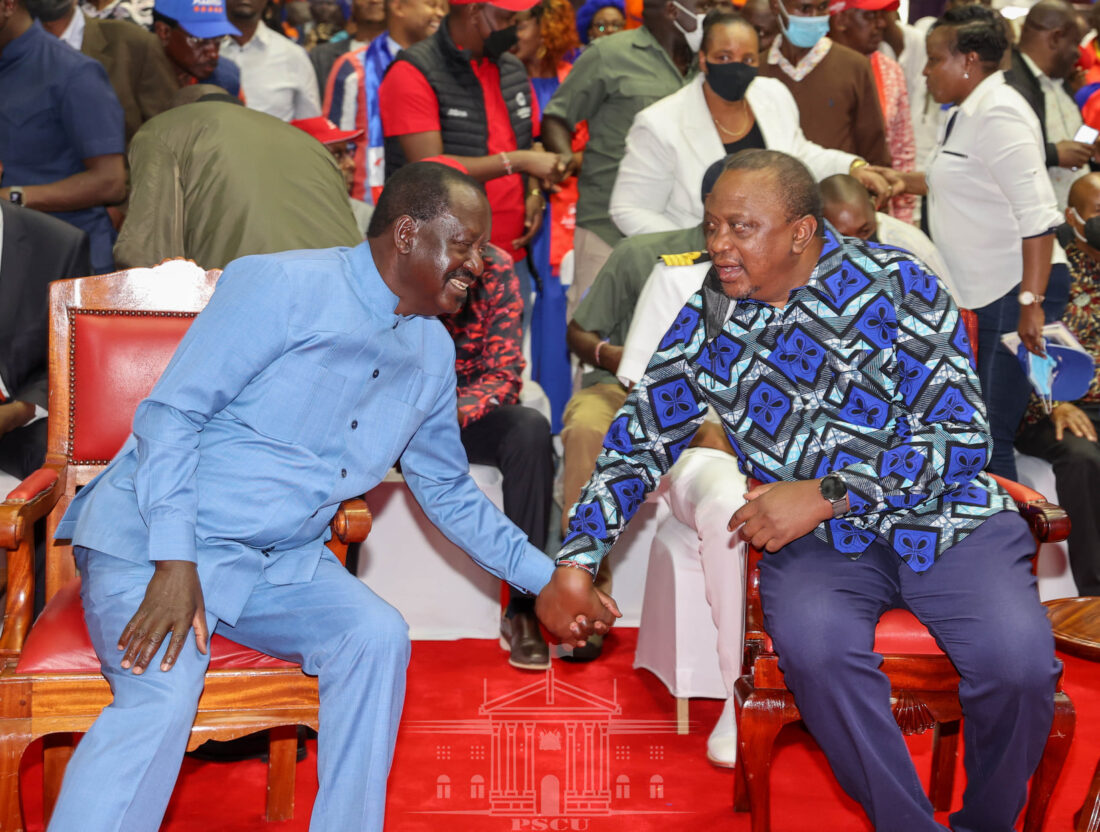 Azimio La Umoja coalition is slowly taking the grip in the political arena with new parties and leaders slowly endorsing the coalition in a bid to support presidential aspirant Raila Odinga for the 2022 presidential race.

This as 30 new political parties led by Wiper Party of Ukambani kingpin Kalonzo Musyoka officially joined the coalition on March 12.

Musyoka was among leaders who graced the Azimio La Umoja National Delegate Convention (NDC) to sign a pre-election deal that officiates them as part of the Azimio coalition. This will be the third time Musyoka will be endorsing ODM boss for presidency.

The parties which have now joined Azimio include;

26. Movement for Democracy and

30. Party of Growth and Prosperity

Narc-Kenya leader Martha Karua did not attend the Azimio La Umoja NDC despite having signed a deal with One Kenya Alliance (OKA) NDC on March 11.