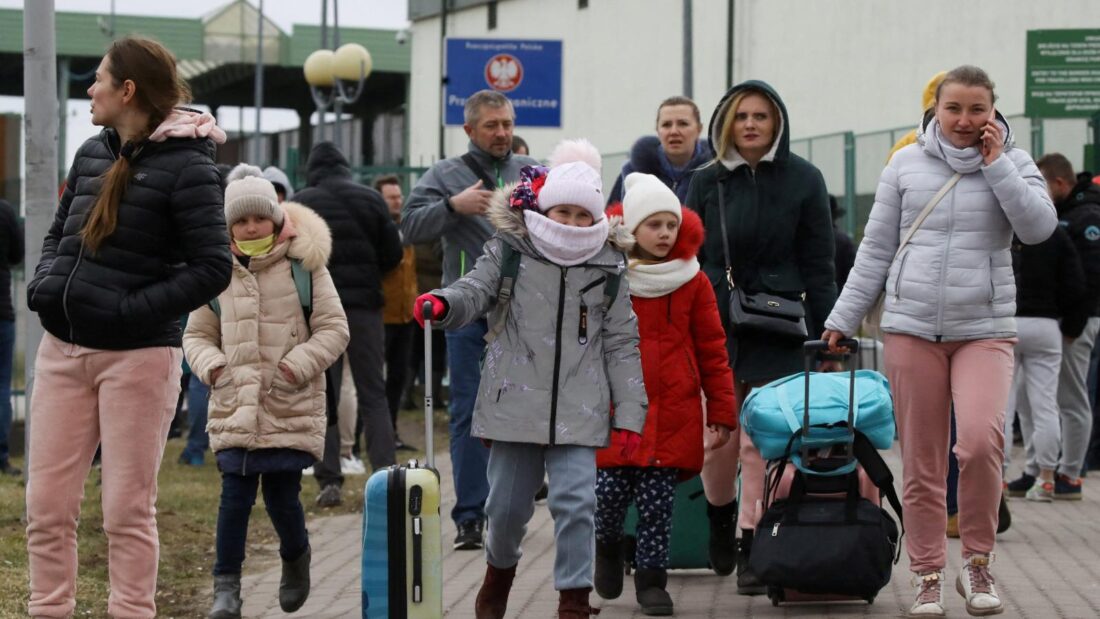 Polish border guards on Sunday said the number of people crossing since Russia launched its military action in Ukraine on February 24 has reached one million, calling the exodus “a million human tragedies.”

Faced with the influx of a million Ukrainian refugees, Poles like Nicolas Kusiak, a 27-year-old manager, have rallied in an ever expanding humanitarian response.

They have taken in refugees, offered food and transport and above all a little human kindness to the distraught and traumatized women and children who have had to leave their male relatives behind to fight.

“It’s beginning to get organized,” Kusiak told AFP near the Medyka border post – a frequently clogged crossing point near the Ukrainian city of Lviv.

The Polish government has set up reception centers and charities up and down the country have mobilized in a massive aid effort, helped by the estimated 1.5 million Ukrainians already living in Poland.

The UN said that a total of more than 1.5 million people have fled Ukraine and it expects the number could go up to four million.

“Ten days. 1.5 million people. This is now the fastest growing refugee crisis since World War II. In the coming days millions more lives will be uprooted, unless there is an immediate end to this senseless conflict,” the UN High Commissioner for Refugees tweeted.

Besides Poland, Ukrainians fleeing the ongoing conflict are flocking to other neighboring countries including Hungary, Romania, Slovakia and other EU countries.

The EU last week agreed to give immediate protection to Ukrainians escaping the conflict, including instant rights to live and work within the bloc, and offering them access to social-service benefits like housing and medical care.