Rich Kenyans imported over 300 helicopters ahead of general election 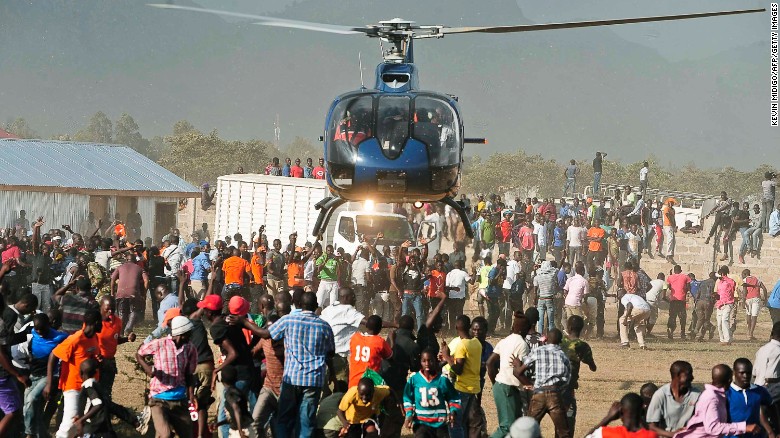 Rich Kenyans imported 325 helicopters from South Africa at the beginning of the year 2020 in preparation for the  August  9, 2022 general elections.

Taxing or buying a helicopter is not a privilege anyone can have afford to have, but selected few.

According to documents from South African tax department, different Kenyans shipped the helicopters into the country at a value of Ksh.3.6 billion.

The rise in the number of helicopters is connected to the obvious showmanship of Kenyan politicians, most of whom are racing to grab a seat in the forthcoming elections.

In what has been branded by some as “the chopper election,” helicopters adorned with the faces and logos of candidates have criss-crossed the country, helping make this year’s race one of the most competitive and expensive elections in Kenya’s history.

It may appear frivolous to outsiders but helicopters offer an efficient opportunity for those chasing votes.

There’s the added showmanship and flair that comes with descending from the clouds to roaring supporters below but they also helps candidates cover vast distances quickly and dodge Kenya’s poor roads.

As spectacular as it is to see a politician swoop into town in a chopper, the trend has its downsides too.

The Kenya Civil Aviation Authority (KCAA) has already issued directives to politicians using choppers to campaign to follow proper protocol and avoid posing danger to users, operators and the public in general.

KCAA Director-General, Captain Gilbert Kibe advised that the safest distance to keep during a helicopter landing is 30 metres (approximately the length of two 56-seater buses), further noting that the Authority expects an influx in the use of choppers for travel as politicians conduct their campaigns.

“A minimum of radius 30 metres from where it lands or takes off should be maintained.no persons or objects should be within this area,’’ said Kibe.