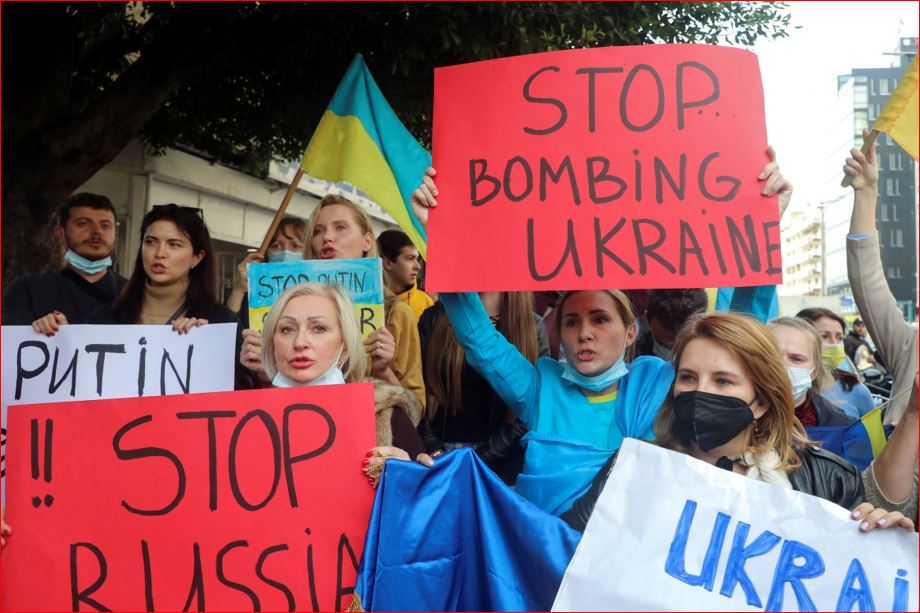 Thousands of people across Russia took part in demonstrations against President Vladimir Putin’s decision to send troops into Ukraine.

Moscow was asleep when Putin ordered an air and ground assault on Ukraine early Thursday morning.

As troops advanced, the Kremlin said it was certain that Russians would “support” the military action, which Putin described as a “special military operation” to protect civilians in eastern Ukraine from “genocide”. Putin said Ukraine needed to be “liberated and cleansed of Nazis”.

But with shocking scenes of death in Ukraine, many prominent figures publicly spoke out against the military action on Thursday and thousands of ordinary Russians defied anti-protest legislation to take to the streets across the country.

As sirens blasted in Kyiv, Ukraine’s capital, and large explosions were heard there and in other cities, Russians were signing open letters and online petitions demanding the Kremlin halt the assault, which the Ukrainian health minister said had killed at least 57 Ukrainians and wounded dozens more.

Several thousand people demonstrated near Pushkin Square in central Moscow, while up to 1,000 people gathered in the former imperial capital Saint Petersburg, according to AFP correspondents at the scene.

Russian celebrities and public figures, including some working for state TV, spoke out against the attack. Yelena Kovalskaya, director of a state-funded Moscow theater, announced on Facebook she was quitting her job, saying “it’s impossible to work for a killer and get paid by him.”

“I know that right now many of you feel desperation, helplessness, shame over Vladimir Putin’s attack on the friendly nation of Ukraine. But I urge you not to despair,” human rights activist Marina Litvinovich said in a video statement on Facebook, calling for mass protests Thursday evening.

The Russian government’s response was swift.

Litvinovich was detained outside of her residence shortly after posting the protest call. OVD-Info, a rights group that tracks political arrests, reported that 1,745 people in 54 cities had been detained by Thursday evening, at least 957 of them in Moscow.

Putin’s decision to move on Ukraine is taking place during an unprecedented crackdown on the Russian opposition, with most protest leaders assassinated, jailed or forced out of the country.

Russia’s official line in the meantime remained unchanged. Speaker of the upper house of parliament, Valentina Matviyenko charged that those who spoke out against the attack were only caring about their “momentary problems.”

Russia 1 TV host Olga Skabeyeva called it an effort “to protect people in Donbas from a Nazi regime” and said it was “without exaggeration, a crucial junction in history.”