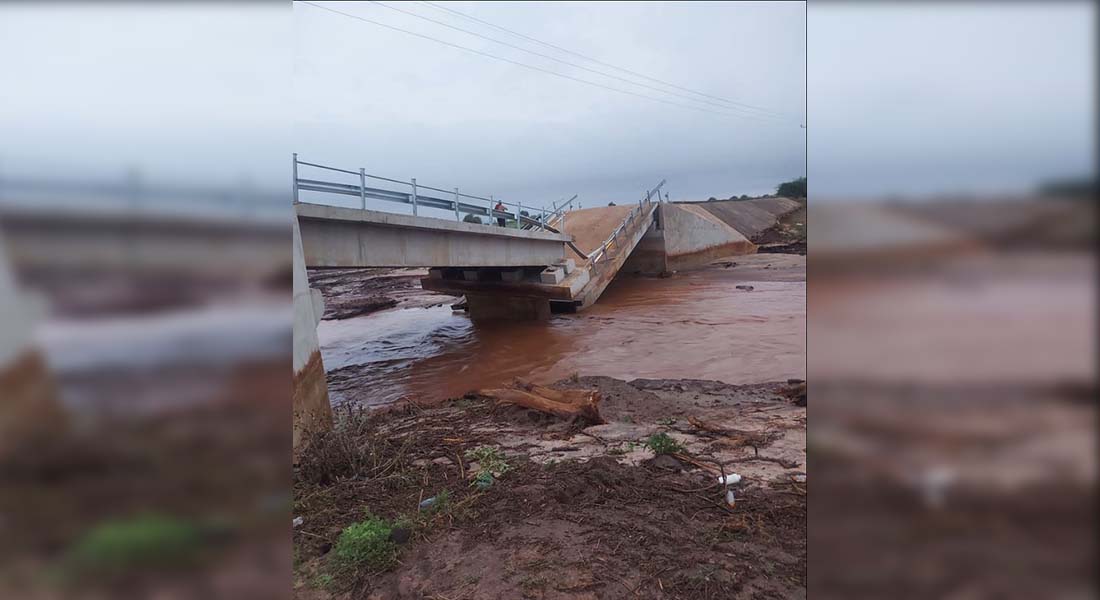 A new bridge in Kajiado County which cost Ksh.100 million to construct collapsed Wednesday night, days after it was commissioned by Governor Joseph Ole Lenku.

Paai bridge collapsed due to heavy rains that rocked the area.

Residents crossing to either side were left stranded after the bridge’s pillars gave in to the pressure of the flash floods and collapsed.

The three wards share a common road that leads them across River Orkeriai, the largest seasonal river in the area.

The river normally bursts its banks during the rainy season cutting off residents from accessing livestock markets and essential services at government offices and hospitals.

The locals have to cross the bridge to access the services at Loitokitok, Kajiado and Mashuuru towns.

Lenku, while unveiling the bridge last week, said it would open up the area, thus changing the lives of the residents economically.

“I am very disappointed by the collapse of this bridge which has served us for only a few days. We are now unable to access markets to sell our products and we will incur huge losses,” he said.

Residents said the bridge collapsed late last night after its support structures were weakened by the flash floods.

However, County Executive Committee Member (CECM) for Roads, Public Works, Transport and Energy Alex Kilowua said the design and quality works on the bridge were of quality.

He said the bridge experienced a ’tilt of the pier’ following heavy rains that pounded the area which rendered the bridge unmotorable.

“The tilt of the pier has been caused by the unprecedented heavy flow of flash floods on River Olkeriil, one of the biggest rivers in Kajiado County,” said Kilowua in a statement.

Kilowua noted the heavy rains diverted the already swollen river to one side of the pier thus exerting excess pressure on the pier causing it to tilt on one side.

Heavy rains have continued to pound most parts of the country, with the Kenya Meteorological Department warning that the situation is likely to continue until May 2022.