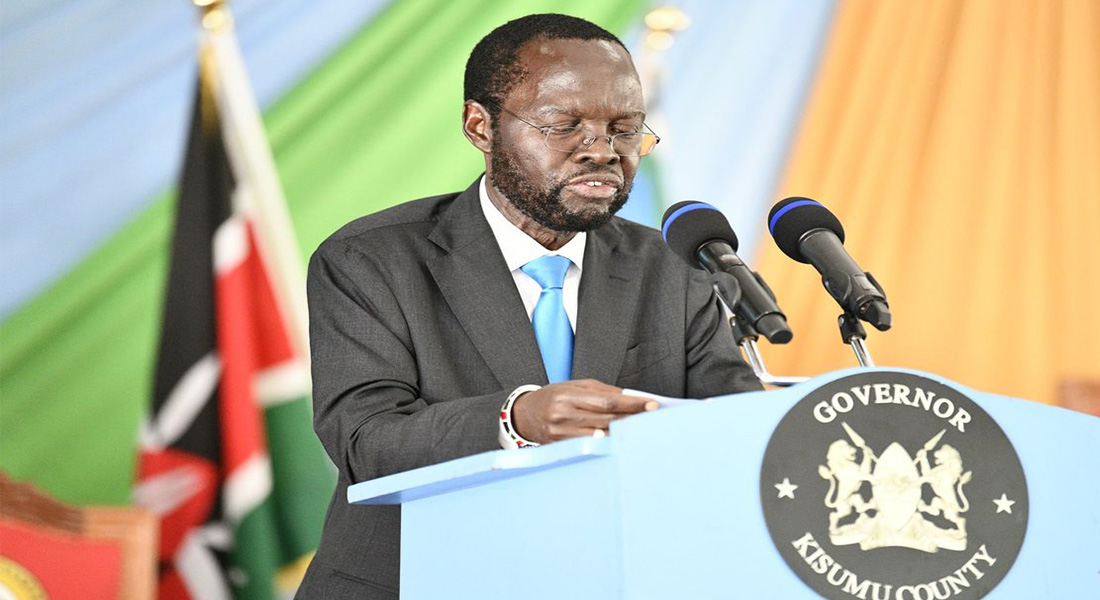 Kisumu county government has not accounted for over Ksh.1.69 billion according to the latest Auditor General’s Report for the 2019/2020 Financial Year.

The basis for the adverse report was attributed to inaccuracies detected in the financial statement of the receipts and payments which reflected various receipts balances which were at variance with similar balances as per the IFMIS Miscellaneous Receipts Report (MRR).

Subsequently, Auditor General Nancy Gathungu, in the excerpts from her report dated December 2, 2021, has revealed that this resulted in an unexplained net difference of  Ksh.1, 690, 153, 373 as shown in the relevant statements of receipts and payments.

Gathungu said whereas the Exchequer releases, County own Generated Receipts and Transfers from other Government entities reflected a total of Ksh.8, 733, 502, 114 which was contrary to the Controller of Budget Implementation Review Report for 2019/2020 reflected actual total receipts balance as Ksh.10, 218, 772, 532 thus variance of Ksh.1, 485, 270, 418 between the two reports.

In addition, she added, the exchequer releases of Ksh.7, 544, 172, 968 includes an amount of Ksh.102, 790, 158 for Universal Health Care and Agriculture Sector Development Support Project (ASDSP). However, the Management did not provide the disbursement schedule to support the balance.

Tender irregular costs revealed that the balance includes an amount of Ksh.6,385, 5265 in respect of insurance costs. Further, a review of insurance records revealed that Management did not provide policy documents, quotations and records to show how the service providers were sourced for payments totaling Ksh.4,716,395.

An insurance agent was engaged to facilitate covers for four (4) motor vehicles at a cost of Ksh.955 975 on November 29, 2019. However, a certificate of insurance copy attached to payment indicated that the cover’s commencement date was January 1, 2019 which is ten (10) months earlier.

Debit Note No.9875 for premium cover amounting Ksh.5,123,098 captured twenty-one (21) vehicles but only sixteen (16) vehicle insurance certificates were provided to support the payment. There was no evidence that the other five (5) vehicles were covered.

Another debit Note No.9877 for Ksh.2,028,539 indicated insurances for various vehicles with no list of the vehicles for which the premium was paid. Six (6) debit notes of cumulative premium value Ksh.1,084,060 were not supported with copies of certificates of insurance.

Misclassification of Domestic Travel and Subsistence Expenses constitutes an amount of Ksh.168,085,892 in respect of domestic travel and subsistence. This included payment of Ksh.641,439 to a travel agent purchasing air tickets.

Irregular Foreign Travel and Subsistence Expenses constituted a total of Ksh.31,181,771 which included a payment of Ksh.4,774,172 shipping charges for a hyacinth harvester donated by the Indian Government on May 19, 2020 which was not related to foreign travel.

Gathungu pointed out that Kisumu County Management failed to provide supporting documents showing how the service provider was sourced to undertake the clearing service and whether this cost had been factored in the budget and procurement plan.

The machine had not been received at the time of payment. Accuracy, completeness and validity of the expenditure totaling Ksh.995,424,701 under goods and services reflected in the statement of receipts and payments for the year ended June 30, 2020 could not be confirmed, she added.

The Auditor General further revealed that Transfer to Other Government Units disclosed in Note 14 to the financial statements, reflects a balance of Ksh.1,775,555,843 in respect of transfer to other government entities.

Gathungu’s observations focused on Misclassification of Expenditure, payments to suppliers and contractors totaling Ksh.237,259,339 for various works, goods and services provided. The suppliers and contractors were not government agencies or entities established under the Public Finance Management County Government Regulations Sections 197(1) and 200(1) which set the guidelines for establishment of county funds and corporations respectively.

There was also unsupported Transfer to Vocational Training Institutions including; under other current transfers, grants and subsidies and transfers to various vocational training centres amounting to Ksh.23,460,000 but with no acknowledgment letters from recipients or evidence for transfers of Ksh.18,760,000 to confirm that the institutions received the funds or expenditure return to ensure the funds were utilised as planned.

She noted that acquisition of assets disclosed in Note 17 of the financial statements receipts and payments reflected a balance of Ksh.1,116,320,347 under acquisition of assets. Another unsupported payment was of Ksh.20,000,000 relating to the acquisition of land. However, the balance differed significantly with that of Ksh.32,000,000 verified from other records provided for audit review by a whooping Ksh.12,000,000.

Gathungu explained that the amount was paid for purchase of a thirty-four (34) hectares parcel of land for relocation of Kachok dumpsite and thus an unexplained difference of Ksh.12,000,000 in the reported balance but the management was yet to obtain ownership documents like title deed for the land to enable the county use the site for disposal of garbage.

Other important disclosure by the Audit Report indicated that the outstanding balance as at June 30, 2020 was Ksh.2, 309, 494, 252. However, the review of pending bills revealed unsatisfactory matters like the second approved a supplementary budget that allocated Kshs.1, 473, 800 for payment of pending bills.

“The year 2019/2020 list of pending bills reflected debts related to gratuity and medallion awards owed to various staff amounting to Ksh.278, 268, 393 but the dates of the medallion awards and gratuities were not indicated.

“Included in the actual list of pending bills as at June 30, 2020 are claims amounting to Sh86, 138, 196 that are not adequately supported with either delivery notes, invoices and other procurement records,” she explained in the Audit Report.

As required by Section 7(1)(a) of the Public Audit Act 2015, because of the significance of the matters discussed in the Basis for Conclusion on Effectiveness of Internal Controls, Risk Management and Governance section of this report, based on the audit procedures performed, I confirm that internal controls, risk management and governance were not effective, she declared.