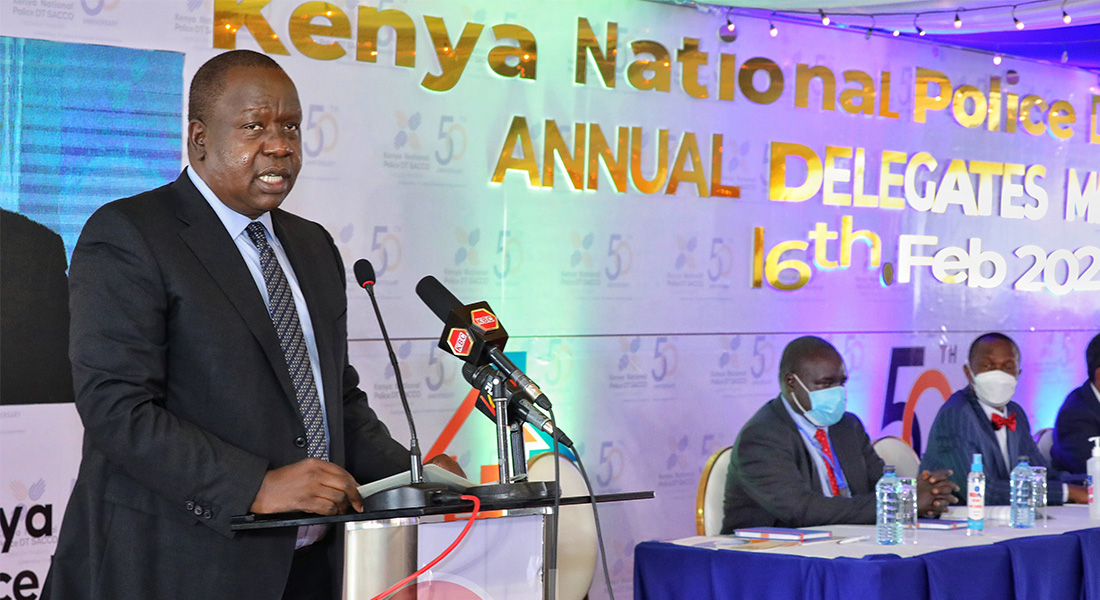 “The Government will seek partnerships with the police SACCOs to construct modern houses for police officers under tenant-purchase arrangement,” said CS Matiangi.

He said such projects will also help protect land owned by the National Police Service and other institutions from grabbers while helping improve the welfare of SACCO members.

To further align the police training curriculum to the realities of life, the CS revealed that the curriculum will be reviewed to incorporate lessons in personal finance management.

“Almost half of the challenges we are facing with our police officers are related to financial distress. There will never be enough money for someone who does not know how to manage the resources within his/her means. We should now start inculcating financial management as a critical component of the training for police officers immediately after recruitment.”

The society that has a current membership of 63,009 and an asset base of Ksh.44 billion draws its members from the National Police Service (NPS), National Intelligence Service (NIS) and the Ethics and Anti-Corruption Commission (EACC) among other agencies.

CS Matiangi also urged the SACCO to consider establishing and supporting a scholarship for children of widows and widowers of police officers who die in the line of duty.

KRA ordered not to c

Kenya is safe and op