BRT busses to use cashless mode of payment starting June 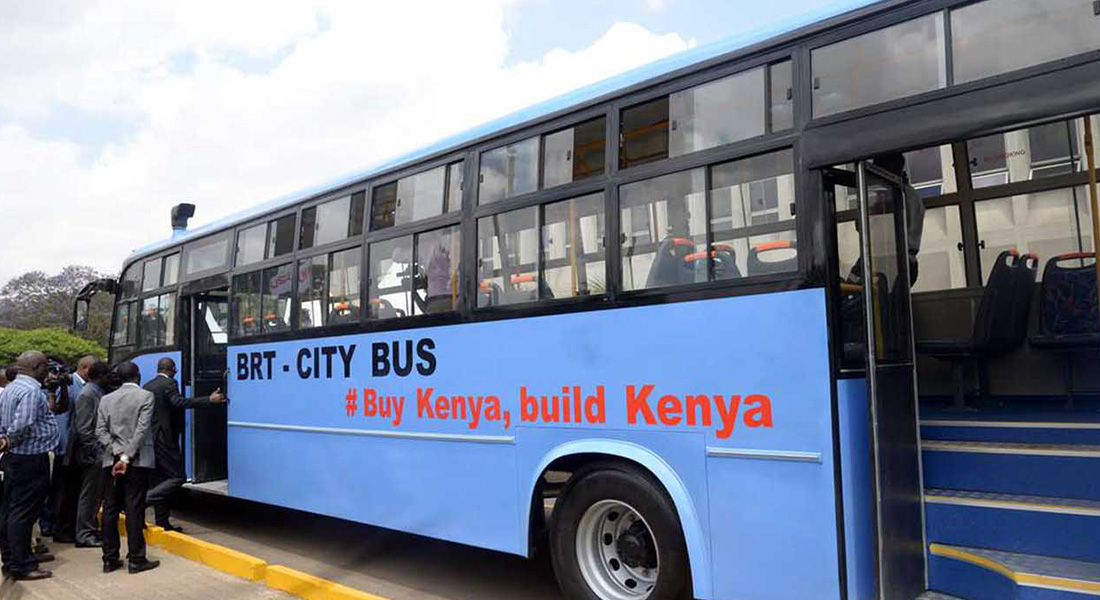 BRT busses are set to hit Kenyan roads in June this year and commuters will use a cashless mode of payment for the services.

Nairobi Metropolitan Director Francis Gitau said the busses will ply the Kasarani -Kenyatta national hospital corridor and will charge a standard fee of Ksh.150 shillings per trip during the trial stage, which is to change afterword’s depending on the distance covered.

“The fares will be charging Ksh.150 along the Kasarani-Kenyatta National Hospital line that we hope to start operating come June on a pilot basis,” said Gitau.

Housing  Principal Secretary Charles Hinga said there will be a card that will integrate commuter rail payment, where the commuters are to use cards loaded with points, which would be topped up through M-Pesa or by going to a designated vendor.

“BRT will be cashless. There will be a card that will also integrate commuter rail payment. Methods of topping up include normal Mpesa Playbill or you simply go to a designated vendor,” said Hinga.

PS Hinga said the government is adjusting 10 footbridges by adding staircases at the middle to give allowance for commuters exiting and entering the station.

“What we are doing is that we are working at the factory as the only thing that is remaining are structures which once complete they be delivered on-site and the fitted.” Added Hinga.

There is an ongoing construction of a park and ride facility at Kasarani where motorists will leave their cars and connect to Nairobi Central Business District (CBD) via the BRT buses.

“As the government, we want to lead from the front when it comes to climate change. We have an opportunity to move from rhetoric to actualising this aspiration.”

Petrol and diesel-powered buses have been locked out of bus rapid transport (BRT)  as part of government efforts to reduce greenhouse gas emissions.

Electric and hybrid vehicles, which use a mixture of electric and fossil fuel and those that use biofuels like hydrogen and biogas, will be used on the dedicated lane for large-capacity buses to ease traffic congestion

BRT corridors will be launched in Nairobi by mid this year and are expected to hold up to 100 high-capacity buses which will increase to 300.

Kenya is seeking to offer private firms up to 12-year concessions to run the BRT meant to ease traffic in Nairobi.

Bidders shall submit both technical and financial proposals…Tenders will be opened immediately from Tuesday 22 March.”