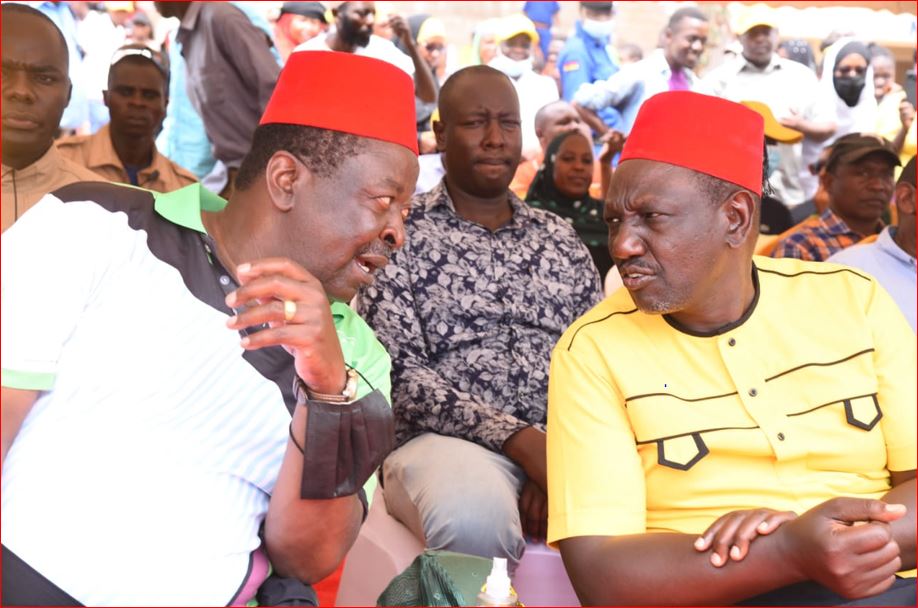 The William Ruto-led faction “Kenya Kwanza” has pledged to scrape the controversial Competency-Based Curriculum (CBC) mode of education once they take office After the August 9, 2022, general election.

This adds on top to their manifesto under the UDA, ANC and Ford Kenya alliance christened “Kenya Kwanza” as they crisscross the country to popularise their unity ahead of the much-awaited elections.

In a post on social media, the Amani National Congress (ANC) party led by Musalia Mudavi pledged to prioritize CBC as a non-issue in their administration.

“The controversial Competence-Based-Curriculum (CBC) of education will be scraped once the Ruto/Mudavadi government takes power in August,” said ANC in a post on Twitter.

According to Mudavadi, the model was hurriedly imposed onto Kenyans without proper consultations and has gone a long way to frustrate Kenyans.

This comes hardly a month before the government begins a scheduled calendar to start training 60,000 teachers across the country in preparation for the rollout of juniors’ secondary schools.

So far, at least 228,000 primary school teachers have been trained on the Competency-based Curriculum (CBC), says TSC.

TSC also says the training of tutors who will handle Grade six pupils will begin in December this year.

It could, however, prove a burden to TSC after the National Treasury allocated the Implementation of Curriculum Reforms department Ksh.339.9 million against a funding request of  Ksh.911.9 million for the year starting July 1, 2022.

The budget will cover a period when the CBC moves to Grade 6, marking the end of primary school and the rollout of the new system to junior secondary school (Grade seven in 2023).

“The allocation will not be adequate for implementation of all our activities in a critical year when we move to junior secondary school,” Prof Fatuma Chege, the Principal Secretary for the state department for the implementation of curriculum reforms told Parliament.

On October 20, last year President Uhuru Kenyatta said the government would not abandon CBC and allocated Ksh.8 billion for the construction of 10,000 classrooms ahead of the junior secondary school rollout.

The President said the government would continue enriching the curriculum to ensure children are equipped with skills for the future.

The announcement came despite a campaign by some Kenyans to halt CBC and revert to the 8-4-4 curriculum.

“Grade Five learners have only one year to go. As a government, we need to prepare by ensuring more infrastructure to accommodate them in junior secondary school,” President Kenyatta said during Mashujaa Day celebrations in Kirinyaga county.

A parent is already in court challenging the new school syllabus.

President Kenyatta said more than 8.1 million children are part of the CBC – from Pre-Primary to Grade Five – “and their academic progress cannot be halted”.

He added that more than a million children are in Grade Five and would be expected to join junior secondary in 2023.

Grade Five is the pioneer class of the new curriculum.

The system involves a lot of practicals making parents to have a hard time since they are required to help their siblings make the apparatus thus taking much of their time.

Besides some are even forced to hire tutors to help children in doing homework.