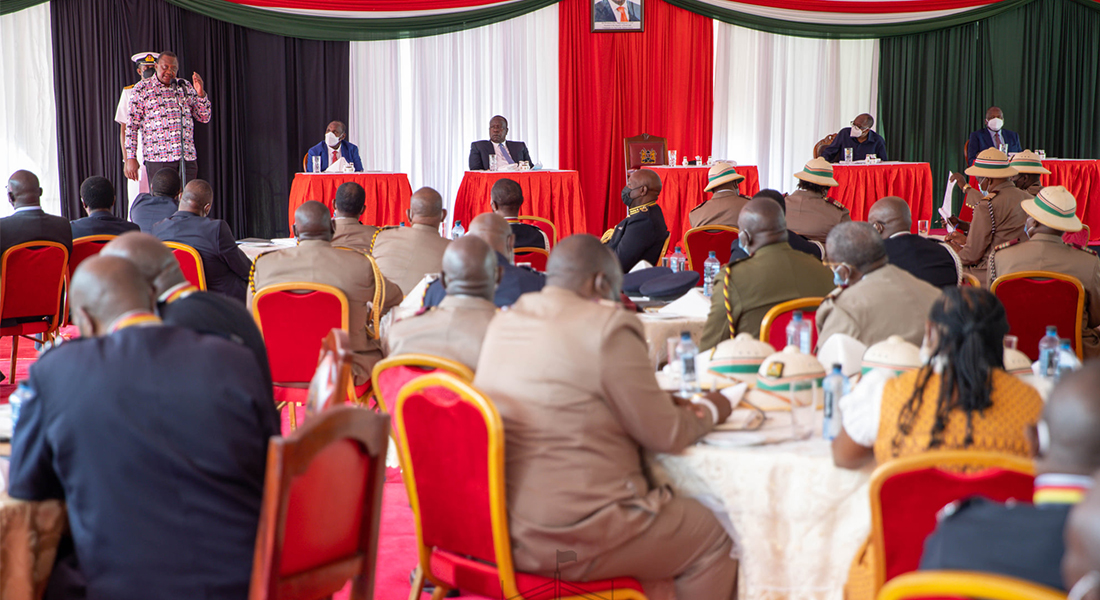 The meeting follows the issuance of several issued terror alerts against Western nationals by the French Embassy on Thursday warning their nationals living in Kenya to avoid public places which pose a great risk to them.

“People in Kenya are advised to exercise extreme vigilance and avoid frequenting these public places in the coming days, including this weekend,” the alert reads.

The Head of State and the officials on Friday at the State House discussed a wide array of national security subjects.

Led by Interior Cabinet Secretary Dr. Fred Matiang’i, the security chiefs thanked President Kenyatta for the support their formations receive from the Government including improved welfare, and assured the Head of State of their commitment to continue discharging their mandate professionally.

On his part, President Kenyatta thanked the security chiefs for ensuring sustained peace and tranquility in the country, and assured the officials of continued Government backing especially in this period leading up to the forthcoming general election.

Those who attended included Regional and County Commissioners and their NPS counterparts at the same level.