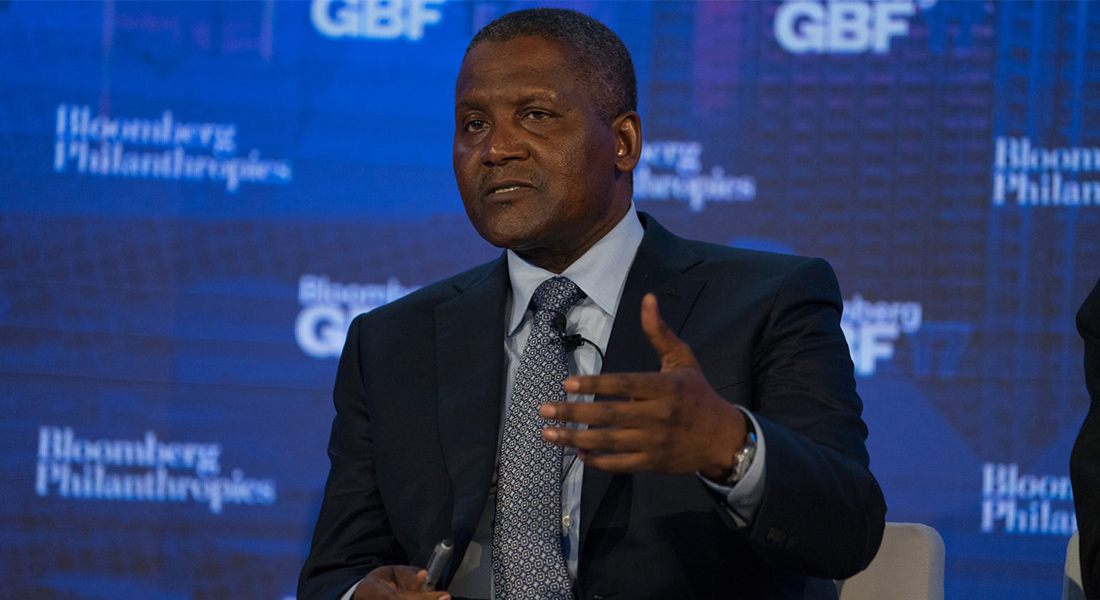 As a group, Africa’s 18 wealthiest individuals saw their combined income increase by 15 percent in 2021 compared to the previous year.

According to Forbes Magazine, which produces the annual ranking of Africa’s wealthiest, soaring stock prices helped push the total wealth of Africa’s billionaire’s club to nearly 85 billion U.S. dollars. That’s the largest amount since 2014 when a larger number of billionaires – 28 – had a combined total wealth of 96.5 billion.

Nigeria’s Aliko Dangote led the way for the 11th consecutive year, with a worth of 13.9 billion U.S. dollars. A 30 percent increase in the stock price of Dangote Cement added close to 2 billion dollars to his wealth.

South African luxury goods magnate Johann Rupert climbed up two spots from the 2021 survey into second place in 2022.  Rupert used a 60 percent increase in the share price of his company, Compagnie Financiere Richemont, to push his fortune to 11 billion, up from 7.2 billion last year. Rupert is the biggest gainer on the list. Compagnie Financiere Richemont produces Cartier watches, Montblanc pens and other luxury items.

Fourth on the list is Egyptian investor Nassef Sawiris with a net worth of 8.6 billion U.S. dollars. And Nigerian businessman, Abdulsamad Rabiu, whose 7 billion U.S. dollar fortune comes from cement production, sugar refining and real estate, is fifth.

South Africa and Egypt each have five of the spots on Africa’s 18 wealthiest billionaires list. Nigeria has three. Morocco has two. All of Africa’s billionaires are men. Isabel dos Santos of Angola, the last woman to make Forbes’ list, fell off in January 2021.

Forbes says its methodology for determining the rankings is based on the wealth of African billionaires who reside in Africa or have their primary business there. Zimbabwean Strive Masiyiwa, a citizen of Zimbabwe and a London resident, appears on the list due to his telecom holdings in Africa. Masiyiwa’s fortune is listed at 2.7 billion U.S. dollars.

The net worths of the individuals were calculated using stock prices and currency exchange rates from the close of business on Wednesday, January 19.

Here is the list of other billionaires on the continent.