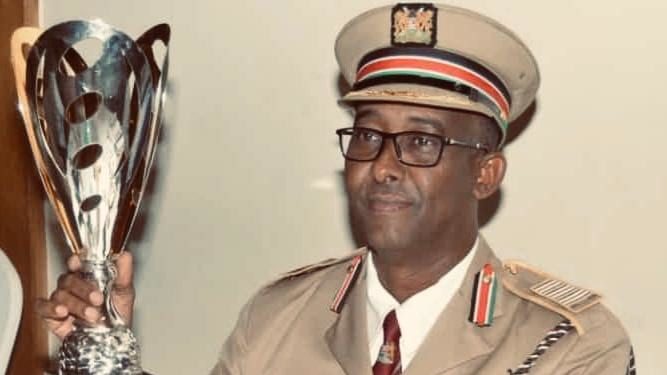 Mohamed Ahmed Maalim has been appointed the new Rift Valley Commissioner, taking over from George Natembeya who has been redeployed to the Office of the President, Nairobi.

Maalim has been serving as the Makueni County Commissioner and has had a glowing career in the public service.

On December 6, 2019, he was awarded the best county administrator by the Public Service Commission.

He was recognized and rewarded alongside other 14 public servants for exemplary performance in various award categories during the 2019 Public Service Excellence Awards (PSEA).

“I commend you for the good governance, integrity and exhibiting selfless leadership in service delivery,” head of Public Service, Joseph Kinyua said at the event where he was the Chief Guest.

However, the redeployment of Natembeya comes hardly a day after the firebrand officer announced that he had quit his position to join politics.

Natembeya said he was going to Nairobi to take a short break before getting back to Trans Nozia where he is expected to vie for the gubernatorial seat.

U.S to take action i