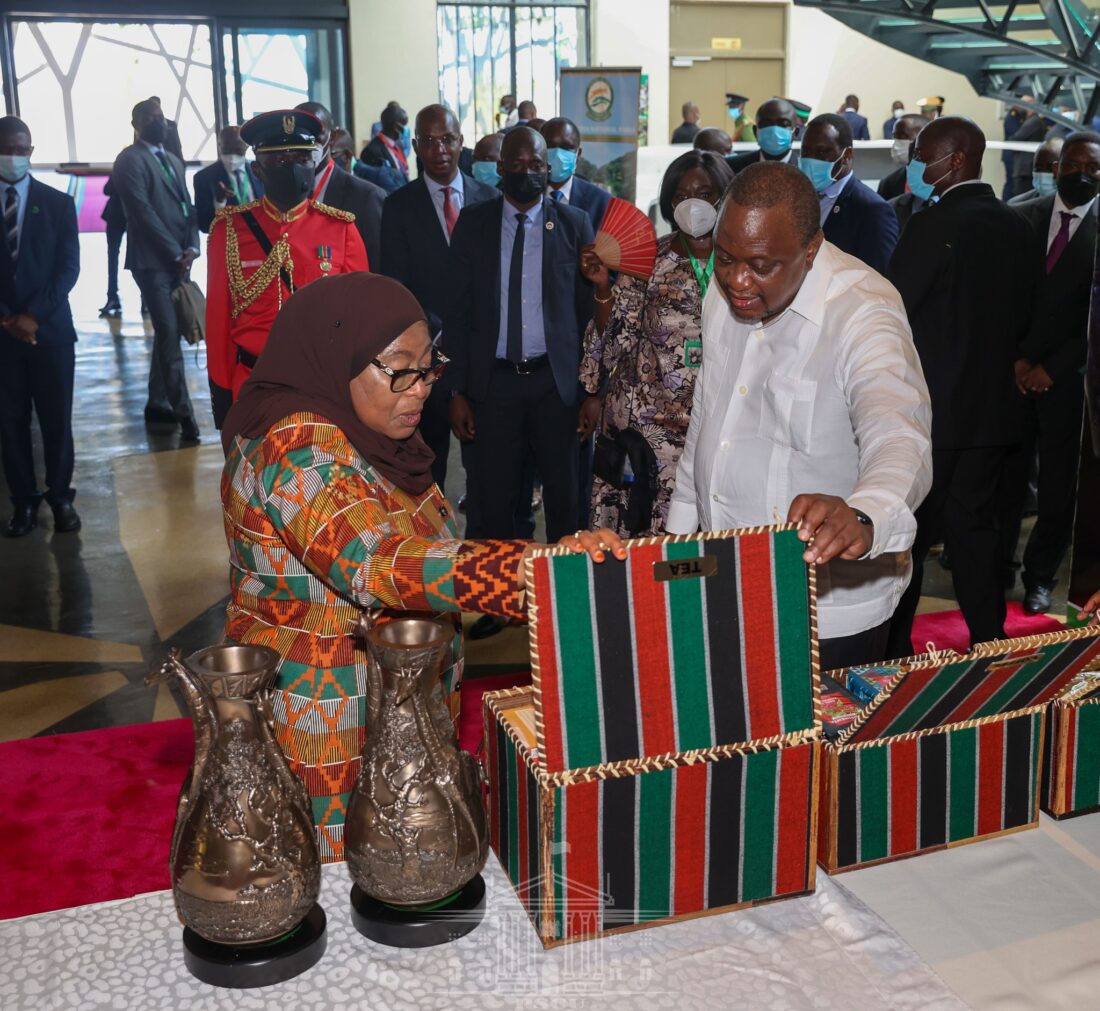 The signing of the agreements followed bilateral talks between Kenyan and Tanzanian delegations led by President Kenyatta and his Tanzanian counterpart Samia Suluhu Hassan at State House in Dar es Salaam.

The bilateral pacts include agreements on mutual legal assistance, extradition and transfer of sentenced persons as well as memoranda of understanding (MOUs) on immigration, correctional services and animal health.

Others are MOUs on cooperation between Kenya Investment Authority and Tanzania Investment Centre as well as housing and urban development.

In a joint address shortly after witnessing the signing of the pacts, President Kenyatta and his Tanzanian host Samia Suluhu Hassan said they were fully committed to the full implementation of the agreements.

“We have had an opportunity to hold bilateral talks on issues concerning our two nations and agreed to work closely to foster our relations so as to attain our shared vision for prosperity of our people,” President Kenyatta said.

He said the newly signed agreements will help spur economic prosperity as well as assist in cementing bilateral ties between Kenya and Tanzania.

“In our talks we discussed how our countries depend on each other. Our ecosystems are intertwined and hence it doesn’t benefit us to be closing our borders but rather we need to continue engaging on how to resolve issues that hinder our citizens from conducting their businesses and interacting with each other.

“As leaders, I am pretty sure if we continue playing our role then the benefits accrued from economic activities will support development of both countries,” the Kenyan leader said.

President Kenyatta commended a joint team of Kenyan and Tanzanian trade experts whose work in recent months, he said, had helped resolve most of the non-tarrif barriers that hindered cross-border trade between the two countries in the past.

The Kenyan Head of State revisited the history of bilateral relations between Kenya and Tanzania stating that the founding fathers of the two republics, Mzee Jomo Kenyatta and Mwalimu Julius Nyerere, were pan-Africanists who advanced ideals of cross-border unity and cooperation.

President Kenyatta also spoke about cross-border connectivity between Kenya and Tanzania noting that the ongoing construction of the Malindi to Bagamoyo highway will help unlock the immense commercial potential of the corridor.

“We have road infrastructure connecting us at the border points of Isebania,  Namanga and Taveta/Holili and though each of our countries have began the construction of the coastal highway, we will schedule a date to formally launch the construction of Malindi to Bagamoyo highway,” he said.

In her address, President Samia Suluhu Hassan thanked the Kenyan leader for honouring her invitation to attend the 60th anniversary of mainland Tanzania’s independence.

The Tanzanian Head of State echoed her Kenyan counterpart’s sentiments on the improving cross-border trade between the two East African economies due to the removal of most of the identified non-tarrif barriers.

“I commend the JCC for speedily resolving 46 out of the m 64 non-tarrif barriers that existed and I am sure the remaining ones will soon be resolved so that people can continue with their businesses,” she said.

Speaking on cross-border connectivity, President Suluhu said the infrastructure being developed is aimed at accelerating economic growth in the two nations.

“We have all began constructing the Malindi to Bagamoyo road but we intend to officially launch the construction works at an agreed date. We are also in the process of building a gas pipeline from Dar es Salaam to Mombasa with a view of helping our Kenyan brothers access gas at a cheaper costs,” President Suluhu said.

The Tanzanian Head of State observed that Kenya and Tanzania were endowed with vast natural resources and attractive tourist sites that should jointly be exploited for the benefit of the people of the two nations.

“Our countries are endowed with great tourist attraction sites besides other natural resources. Today we are giving Kenya a certificate for 20 roan antelopes and we have also requested them to give us two black female rhinos to enhance our tourism sector,” President Suluhu said.

Earlier at State House, Dar es Salaam, President Kenyatta was formally received by his host President Suluhu in an elaborate state reception that included a 21-gun salute and a guard of honour mounted by a detachment of the Tanzania People’s Defence Forces (TPDF). 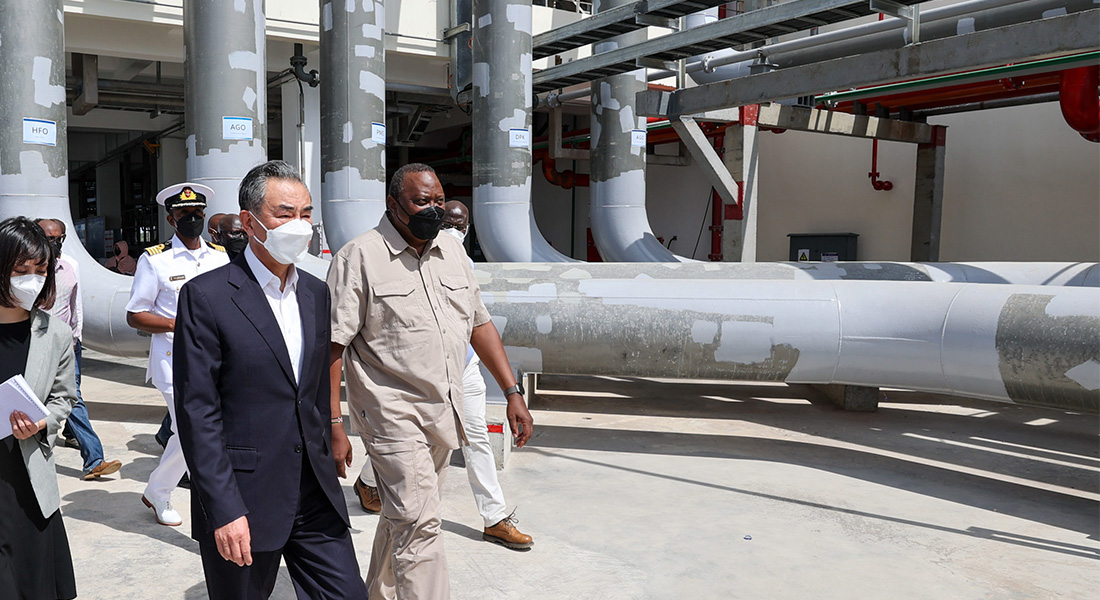