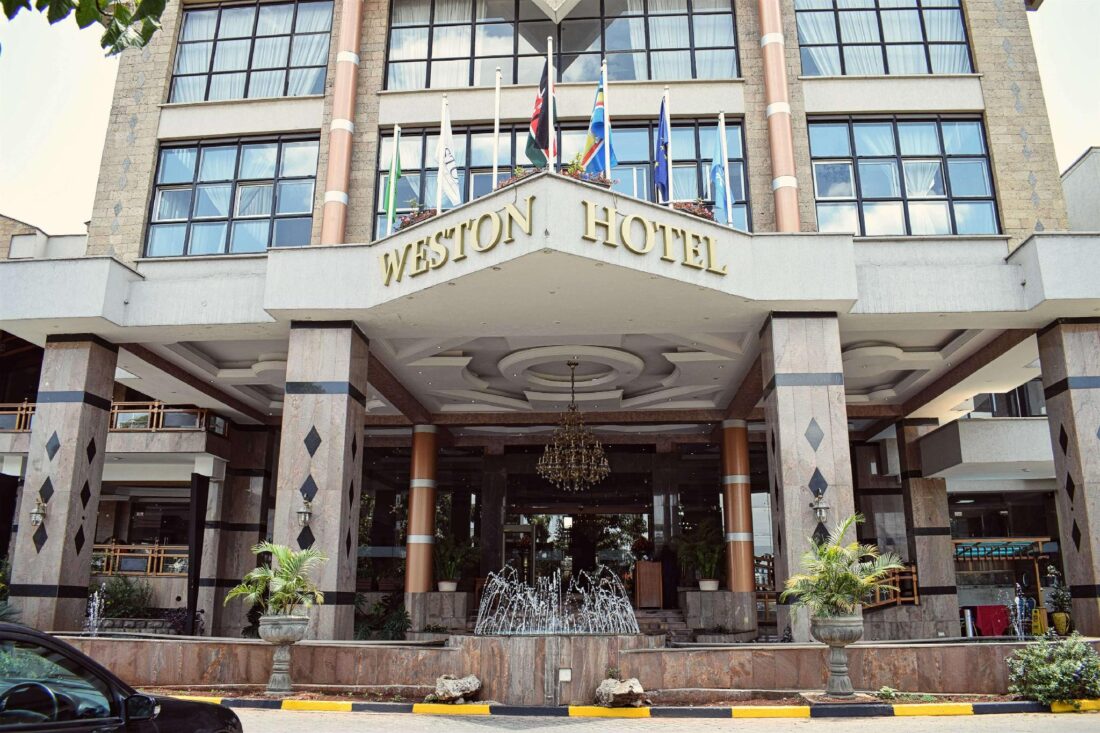 Drama ensued at Weston Hotel, Nairobi after a tax fugitive businesswoman dodged police and Kenya Revenue Authority (KRA) officers who had targetted her for arrest on Wednesday.

Mary Wambui Mungai and Purity Njoki Mungai, the directors of Purma Holdings are being sought over a Ksh2.2 billion tax evasion.

They had booked rooms at the hotel located along Lang’ata road.

The wealthy business lady is a sponsor of one of Kenya’s big political party and is being sorted by authorities over Ksh.2.2 billion unpaid taxes from state tenders in agencies like the Kenya Medical Supplies Authority (KEMSA) and the military.

KRA enforcement officers who raided the hotel found their rooms vacated by the time they arrived to nab them.

“The two, Mary Wambui Mungai and Purity Njoki Mungai escaped from their hotel rooms a few minutes before the police and officers from the Kenya Revenue Authority (KRA) arrived to arrest them.

“Upon searching the hotel premises, KRA officers and the police found personal belongings of the two including cash, bank cards, and car keys; a clear indication that the two were residing at the hotel,” a statement by KRA enforcement officers reads.

This has caused commotion between police and KRA over which side might have tipped the two or aided their escape.

Police have since cordoned off the hotel as a search on the two continues.

A warrant of arrest was issued against the two on December 6 for failing to appear in court and answer charges of unpaid taxes amounting to Ksh.2.2 billion.

Mungai and the daughter also failed to honor summons on the same by the Kenya Revenue Authority (KRA).

“You are hereby commanded forthwith to apprehend the said Mary Wambui Mungai and bring him before this court to be further dealt with according to law,” reads the warrant of arrest.

They face eight counts of knowingly and unlawfully omitting taxes due in the income tax returns submitted to the Commissioner for Domestic Taxes for the period between 2014-2020.

Chief Magistrate Anti-Corruption Court, Felix Mutinda Kombo heard that the two failed to honor summons to appear before KRA on December 3, 2021, to be informed of the charges against them and instead sent their accountant.

Through their lawyer Sylvanus Osoro, Nyakiano informed the court that she was admitted to a hospital. However, no medical records were provided in support of the allegation.

The court observed that it was clear the summons were properly served upon the accused and neglected to honor them. No medical records were presented as evidence of medical incapacity.

“Court agreed with the prosecution that the accused were buying time instead of confronting the charges which the court noted are of great public interest and grave,” KRA added.

The case will be mentioned on December 14, 2021 or the earliest the accused will be arrested