Embu MCAs to pocket over Ksh.500k each on Tanzania trip 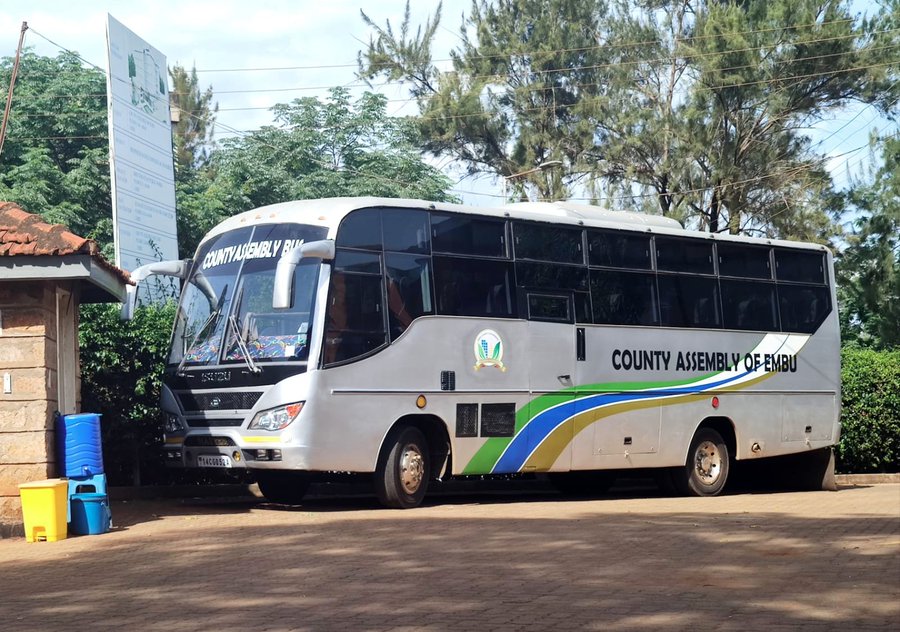 It has now been established that Embu Members of County Assembly (MCA) are meant to spend over Ksh.20 million on their Tanzania trip.

In a report seen by Nation Africa, the 33 MCA are in Tanzania for a two-week training on basic etiquette and campaign language.

The Ksh.20 million trip will see them pocket Ksh.520,576 for their stay in the country.

“It is true, the MCAS have left to Arusha after adjourning assembly sittings and each will pocket Ksh.37,000 per day for accommodation and allowances,” a staffer at the assembly told Nation.

Their trip has caused outrage among members of the public, who have castigated the legislatures over their greed to fill their pockets with the taxpayer’s money.

“They are on a spending spree while our people are suffering due to lack of drugs and other essentials in hospitals,” Senator Njeru Ndwiga said.

The training institute, East and Southern Africa Management Institute (ESAMI) where the MCAs are undergoing the training will receive a total of two to three million in training fees from the county government.

The legislators were accompanied by the Speaker of the County Assembly, Clerk, and some Staff members of the house under taxpayer’s funds.

This, however, is the second time the MCAs have traveled to Tanzania for benchmarking in just under three months.

It is alleged that the MCA’s transferred Ksh.10 million allocated for the County Assembly Sports Association (CASA) games kitty to their foreign travel account.

This is after they had depleted the money allocated for their travels with the first trip.

The foreign trips are just one more avenue the lawmakers use to pad their pay to the limit and there has hardly been any solution to the runaway spending despite repeated warnings by the Controller of Budget (COB).

Members of the National Assembly and Senators splashed Ksh.703.1 million on foreign trips in the three months to June — the highest quarterly spend since Kenya started making public travel spending in 2013.

The spending on flight tickets, accommodation and allowances rose 1,309.8 percent or 14 times from the Ksh.49.87 million lawmakers spent on foreign trips in the quarter to March.

In the past fiscal year, 2019/20 Treasury Cabinet Secretary Ukur Yatani trimmed spending on a foreign trip by government officials in an effort to rein in the fiscal deficit.

Yatani said all non-core expenditures would be reviewed to ensure the government can make savings and fund its programmes without relying too much on debt.

“The cuts will be brutal and sustained…because the success of this government will depend on our dignity as a country to be self-sufficient,” said Yatani.

This has been but talks.