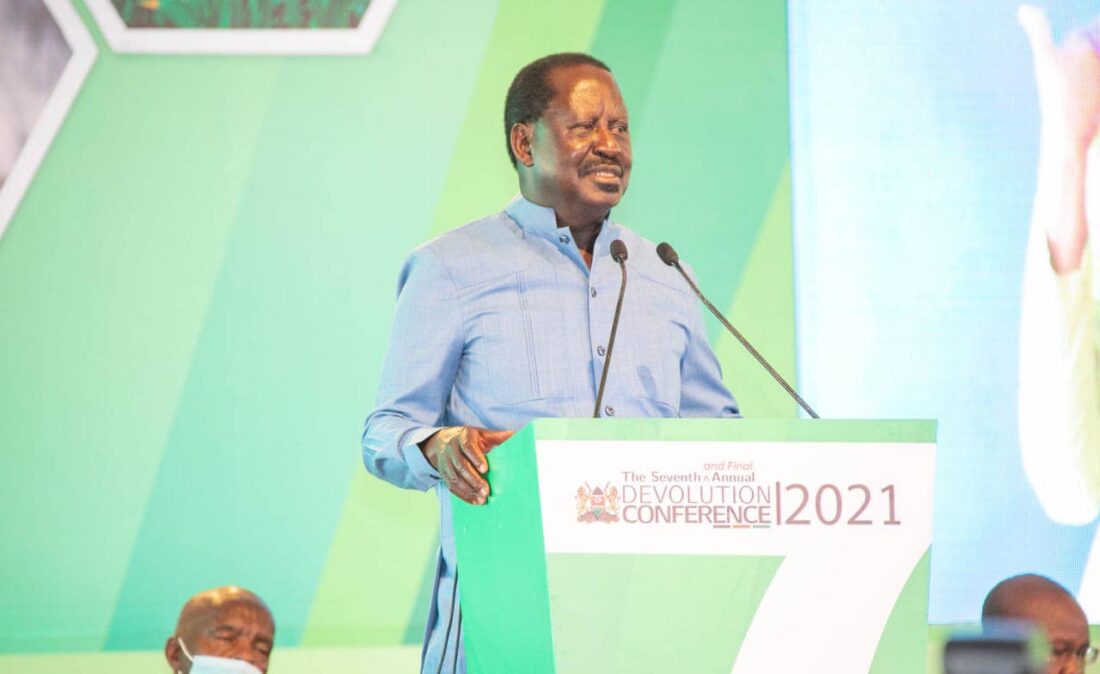 The Orange Democratic Movement (ODM) party leader Raila Odinga will this December host a Ksh.1 million dinner ahead of his December 9, 2021, public event.

The December 7, 2021 dinner will be hosted at Villarosa Kempinski to raise campaign funds for the ODM boss.

“As Kenyan youth we have analysed and concluded that our future and that of our children can only be safe in Baba’s hands and for that reason we will invest in him.7th Dec at Kempinsky 6pm and enjoy Dinner with Baba. We will contribute 1M each towards Baba’s campaign,” said Embakasi East Member of Parliament Babu Owino.

This fundraiser resonates with a 2017 event when Odinga, while still under the NASA coalition, asked Kenyans to contribute for his campaign.

The Villarosa dinner comes at a time when the country is patiently waiting for Odinga’s message on December 10, an event which would most likely attract over 60,000 Kenyans.

“This is the biggest even so far this year, what you can call the mother of all gatherings. Baba will be addressing the Nation. Over 200 MPs, 40 Senators and 40 governors have confirmed their availability. It is like a rehearsal for presidential swearing-in,” he said.

Even though Odinga is expected to declare his interest in running for the presidency, would not ring anything different from the obvious, because he has been on a campaign trail latest popularizing his Azimio La Umoja Initiative.

But it will be important to wait and hear if it is then that Odinga would name his running mate for the 2022 presidential race.

“December 10, will be a big day to Kenya. I welcome all Kenyans to Nairobi so that they can come and listen to my special message to the Nation,” said Odinga during his Azimio La Umoja, Mt Kenya chapter.

Raila has been deemed to be President Uhuru Kenyatta’s preferred successor, thanks to their March 2018 Handshake.

While conferring the city status to Nakuru yesterday President Kenyatta, seemingly, rooted for Odinga and reminded Kenyans that the State House job was not about age but the intellectual upright of an individual.

He also asked Kenyans to patiently choose their leader who will succeed him next year, not based on a platform of youthful leadership and promises of mega economic revolution.