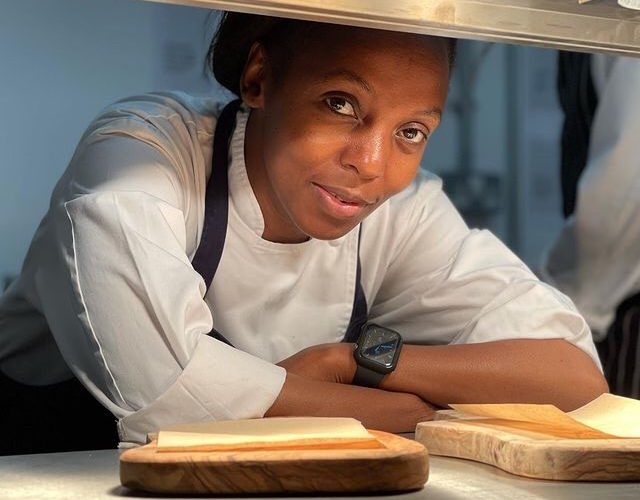 Bernice Kariuki, like many other Kenyans, has defied the odds to become one of Arsenal Football Club’s First Team private Chef.

Bernice was born and raised in Jericho slums, commonly known as Jeri. Jericho happens to be home for many footballers in Kenya.

Bernice’s latest achievement has been received with excitement on the Kenyan social media space, with many football fans celebrating and congratulating her.

She has previously worked with The Dorchester Hotel and The Waldorf Hilton Hotel in England before getting his new assignment at Arsenal.

Manoah Esipisu recently, Kenyan High Commissioner to the UK met Bernice in Windsor, UK when he held a brief discussion with Kenyans living in the U.K.

“Delighted to bump into Arsenal first-team chef Bernice Kariuki at a black-tie Kenya UK Diaspora event in Windsor, Berkshire. Trailblazing and embodying the Kenyan ‘can do’ spirit. Congratulations,” said Esipisu in a Tweet.

Arsenal finished eighth in their Premier League season, and following eliminations from the FA Cup, the EFL Cup, and the UEFA Europa League, they failed to qualify for European competitions for the first time since the 1994–95 season.

Arsenal kicked off the season by defeating league champions Liverpool in the FA Community Shield.