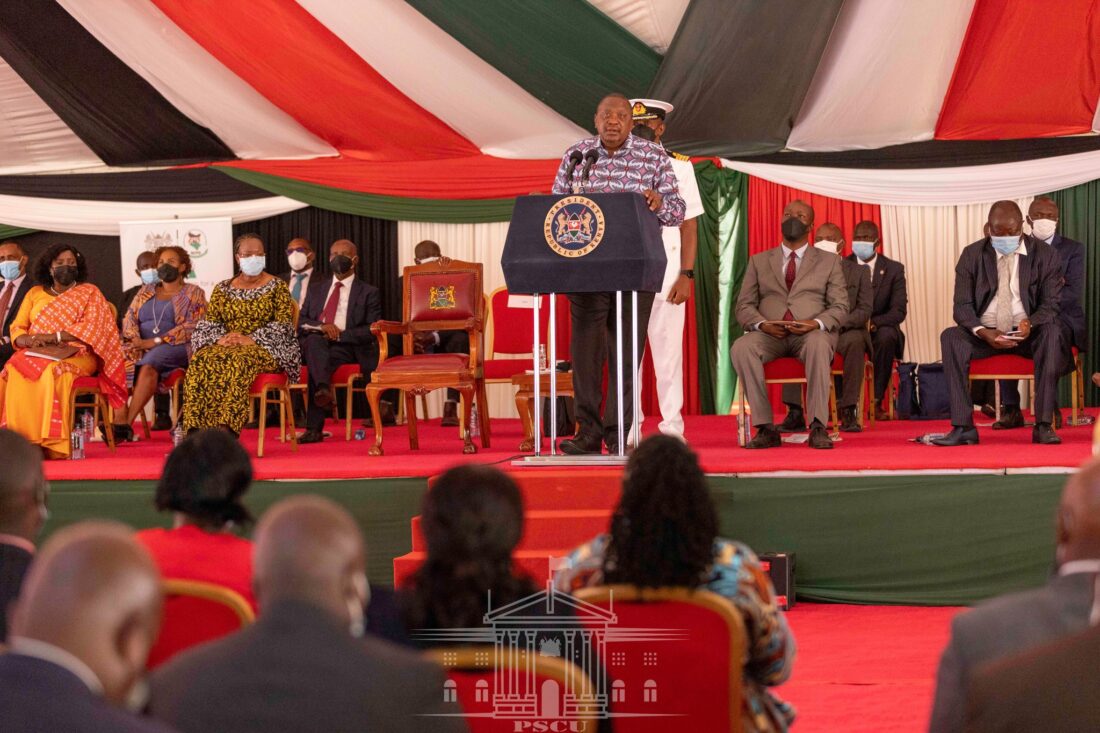 President Uhuru Kenyatta has taken a jab at his deputy, William Ruto, castigating his early political campaigns ahead of the 2022 general election.

His latest salvo at his deputy solidifies a rift that has existed between the two, an unimaginable scene that was never expected in what appeared to be an ever-lasting bromance when they first formed the Jubilee government in 2013.

While conferring the city status to Nakuru Wednesday, President Kenyatta told off his deputy to cool down his State House race, saying it was never about a sprint but a marathon.

Uhuru, seemingly, rooted for ODM party boss Raila Odinga who is also vying for the presidency and reminded Kenyans that the State House job was not about age but intellectual upright of an individual.

He also asked Kenyans to patiently choose their leader who will succeed him next year, not based on a platform of youthful leadership and promises of mega economic revolution.

Uhuru praised his March 2018 grand handshake deal with Odinga saying that those who did not understand the benefits of peace in the country are the ones who have been attacking him.

He admitted that the country lost over Ksh.1 trillion to political violence before that handshake.

Odinga is expected to make a formal declaration to run for the presidency on December 9, 2021, an event he invited Nakuru residents to come and walk the path with him.

“I am inviting people to come to Nairobi on the 10th of this month where we shall be talking about Azimio la Umoja ya watu wa Kenya,” said Odiga.

Even though Uhuru has directed salvo at his deputy for early campaigns, Odinga has also been on a campaign trail making inroads in different parts of the country, popularising his 2022 presidential bid, and so have four OKA principals.