A child was infected with HIV every two minutes in 2020, says UNICEF 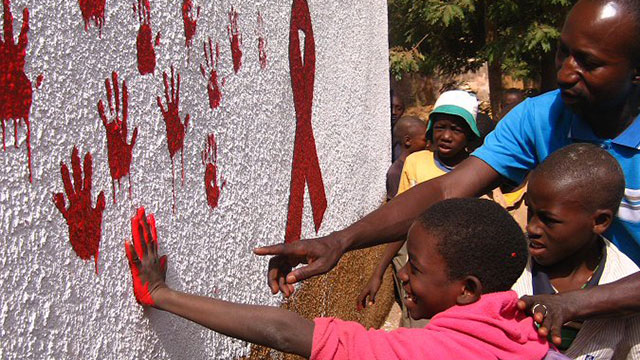 “The HIV epidemic enters its fifth decade amid a global pandemic that has overloaded health care systems and constrained access to life-saving services. Meanwhile, rising poverty, mental health issues, and abuse are increasing children and women’s risk of infection,” said UNICEF Executive Director Henrietta Fore. “Unless we ramp up efforts to resolve the inequalities driving the HIV epidemic, which are now exacerbated by COVID-19, we may see more children infected with HIV and more children losing their fight against AIDS.”

Alarmingly, 2 in 5 children living with HIV worldwide do not know their status, and just over half of children with HIV are receiving antiretroviral treatment (ART). Some barriers to adequate access to HIV services are longstanding and familiar, including discrimination and gender inequalities.

In Nigeria, about 30 percent of AIDS-related deaths in 2020 occurred in children. Alarmingly, only about 3.5 percent of the 1,629,427 Nigerians receiving antiretroviral treatment (ART) are children, revealing a big treatment gap.

Barriers to adequate access to HIV services are longstanding and familiar, including discrimination and gender inequalities.

In Nigeria, almost eight out of ten new infections occurring in adolescents aged 10-19 occur in adolescent girls, while an estimated 83,000 pregnant women in Nigeria are HIV positive. Only 44 percent of them are on ART, risking continued mother-to-child transmission of HIV.

The report notes that many countries saw significant disruptions in HIV services due to COVID-19 in early 2020. HIV infant testing in high burden countries declined by 50 to 70 percent, with new treatment initiations for children under 14 years of age falling by 25 to 50 percent.

Although uptake of services rebounded in June 2020, coverage levels remain far below those before COVID-19, and the true extent of the impact remains unknown.

Nigeria has the highest number of children and adolescents aged 0-19 years living with HIV in West and Central Africa, with an estimate of 190,000.

The Government of Kenya is mulling new measures to promote local production of Anti-Retroviral drugs (ARVs).

This follows a protracted stalemate between the Government and the United States Agency for International Development (USAID) over the importation of HIV/AIDS drugs that have put the country at risk of experiencing a nationwide shortage and left more than 1.2 million patients in limbo with no antiretroviral drugs.

According to the National Treasury Cabinet Secretary, Amb. Ukur Yatani, the Government might consider coming up with favourable tax measures in a bid to boost local manufacturing of medicine.

“A few months ago, we came up and zero-rated and, some may know, we put under tax exemption on the production of medicine in this country. So the ones manufacturing here enjoy a comparative edge over imported drugs,” said Yatani.

Yatani, while appearing before the Senate Standing Committee on Health in a virtual meeting in May, said the move would, however, not be dependent on his ministry alone and would only be successful through a multi-agency approach that includes Afya House.