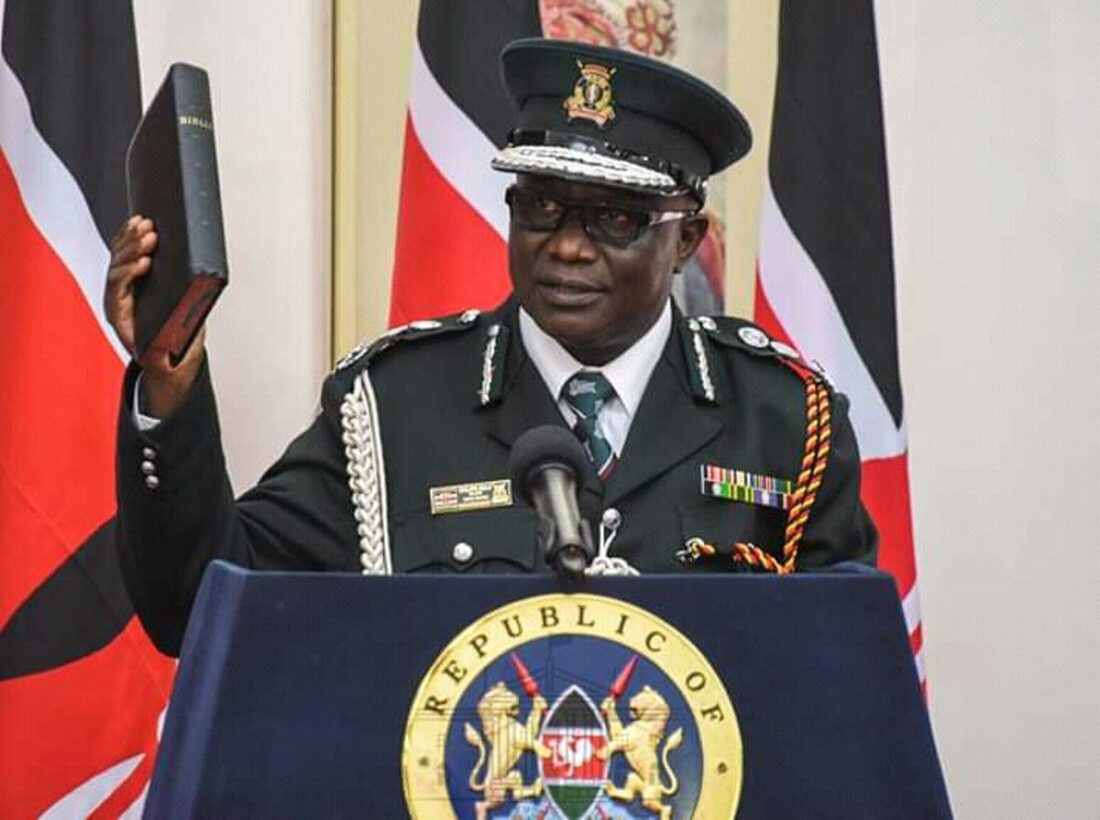 The President has, however, appointed Brigadier (Rtd) John Kibaso Wariba as prisons boss.

Uhuru held a brief meeting with the ministry responsible for correctional services regarding the escape of the trio Musharraf Abdalla Akhulunga a.k.a Zarkarawi, Mohammed Ali Abikar, and Joseph Juma Odhiambo a.k.a Yusuf.

Due to public interest that outweighs the matter, the meeting resolved to hold accountable all senior officers of all security organs.

“The briefing noted the compelling public interest in the matter and need to entrench accountability on the ranks of the leadership of all security organs; in honour of the many Kenyans who have lost their lives and the enormous sacrifices made by all Kenyans and particularly the security organs to disrupt, dismantle, and defeat terror networks,” reads a letter by State House Spokesperson Kannze Dena Mararo.

Ogalo was sworn in as Prison’s Commissioner General in 2019 at State House, Nairobi. He replaced Isaiah Osugo who retired the same year after the President extended his term in order to find a suitable replacement.

At that time, the President lauded Ogalo saying his abilities to transform the prison department should be at the peak given his vast experience.

Preliminary investigations by the Serious Crimes Investigations Unit of the Directorate of Criminal Investigations led by George Kinoti, established that the notorious convicts were aided by prison wardens to escape.

In the detailed report, it was revealed that the convicts dislodged a brick on the wall of their cell to create an opening they used to monitor the wardens as they planned their escape.

They also used a cardboard to seal the opening and wondered how wardens failed to realize it.

After the breakout, Interior Cabinet Dr. Fred Matiangi confirmed an arrest of seven wardens in connection with the trio’s escape.

The prison is one of the most secured government facilities in the country.

“…the escape from arguably the most secured maximum prison facility in the country was abetted by laxity and incompetence and vowed more arrests and prosecutions will follow after the Directorate of Criminal Investigations moved in to investigate the prison break,” said Matiangi.

A massive manhunt involving specialized teams had been launched.

The DCI has put Ksh.60 million bounty on the heads of the terror suspects.

“We will not only go the direction investigations will point us but we will act resolutely to ensure this kind of recklessness does not happen again because it exposes our people. Definitely, there is a certain level of irresponsibility we have to deal with in this particular case.”

Kenyans have been urged not to panic over the latest mysterious escape of dangerous prisoners saying security teams were on high alert and had managed to pre-empt many of the planned terror attacks.

Abikar was charged and convicted in 2019 over his links to Al-Shabaab and for abetting the Garissa University attack of April 2015 that left 148 people dead while Odhiambo was arrested in 2019 for trying to join the Somali terror group.

Akhulunga was arrested in 2012 over a foiled attack on Kenya’s parliament and charged with possessing explosives, ammunition and firearms.