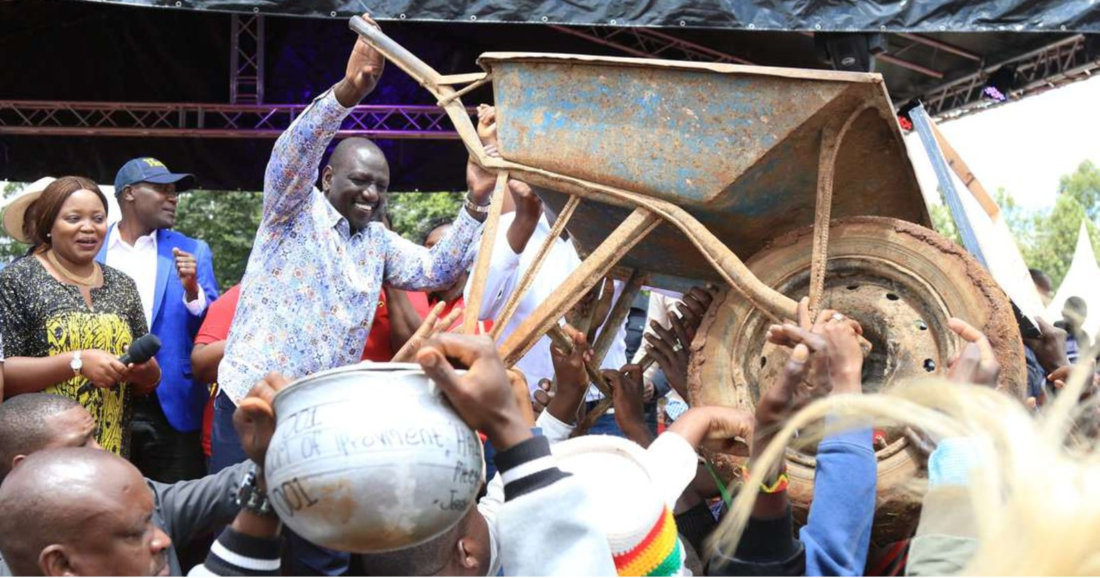 A businessman identified as Jacob Kioko has moved to court to stop Deputy President Willian Ruto from using the controversial Bottom-Up economic model in his political campaigns.

According to Kioko, he registered the model as a patent back in 2010 and obtained a certificate and that its use by Ruto’s brigade is an infringement of intellectual property rights.

“My intellectual property rights have been infringed on by politicians and their followers through the causal use of the bottom-up economic theory, which was developed exclusively by the DUGWI innovation and is an integral part of the innovation. The causal use amounts to national economic sabotage,” said Kioko.

But in 2014, he sought an audience with President Uhuru Kenyatta and his deputy to discuss the model in 2014 on how it would better revive Kenya’s economy.

Kioko claims the government failed to support, promote or protect his idea despite asking the Ministry of Trade, Parliament and the Attorney-General to do so.

“For the last seven years I have been trying to get political goodwill, without which I cannot execute either a national or a global rollout of the innovation. This is so because the magnitude of impact of the innovation on both society and the national economy is such that political support is absolutely essential,” he added.

In Kenya’s Constitution, Intellectual property (IP) infringement refers to any violation or breach of protected intellectual property rights. Your IP rights may have been infringed upon if your work that is protected by IP laws is copied or otherwise used or exploited without your permission.

Kioko’s case is before The case is before High Court and should it rule in his favour, the slogan will be dropped from being used as a political slogan but his innovations and ideal vision to revive Kenya’s ailing economy.

DP Ruto and his team have been using the bottom-up economic model as a key campaign strategy for Hustler Nation ahead of 2022.

According to the DP’s team, bottom-up is about empowering every Kenyan starting from those at the bottom of the pyramid heading up.

Ruto explained that the bottom-up approach will promote millions of people who are unemployed and small scale business people.

“Bottom up is anchored on deliberately promoting investments & financial instruments targeting the millions who are unemployed, hustler enterprises/farmer groups,” said Ruto on his Twitter account.

Ruto and other leaders allied to him have insisted on using an economic model that empowers, by injecting money to the low income businesses as the perfect way to build the economy.

They say that the current system only benefits a few people who are at the top of the food chain, in the name of having these people get resources to those at the grassroots.

Those opposed to Ruto’s approach have also insisted that what the country needs is good infrastructure and favourable policies, to better the lives of Kenyans.