Man sentenced to life in prison for defiling minor 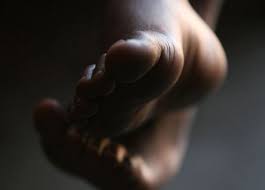 A 32-year-old man has been sentenced to serve life imprisonment for defiling a seven-year-old girl.

The accused was charged that on September 14, 2018 at Oldule village, in Loitoktok Sub County he defiled the minor.

While testifying, the minor narrated how on the material day the accused took her hand while they were playing with other kids and led her to a nearby forest where he defiled her.

The girl said the accused defiled her while holding a knife threatening to kill her.

Luckily, Grace Wairimu who had gone to fetch firewood in the forest heard the girl crying and when she approached she saw the accused defiling the girl and raised an alarm.

Antony who tried to escape, was apprehended by the members of public and escorted to Illasit police station where he was held in custody and later charged with the offence in court.

In his defence, Antony said Wairimu had a grudge with him over fetching firewood in the forest and she framed him with defilement.

However, the court, found the accused’ defence as an afterthought for he was positively identified by the girl in court as one who defiled her.

The court found the prosecution had proved their case beyond reasonable doubt and hence the sentence.

The accused has 14 days to appeal against the sentence.