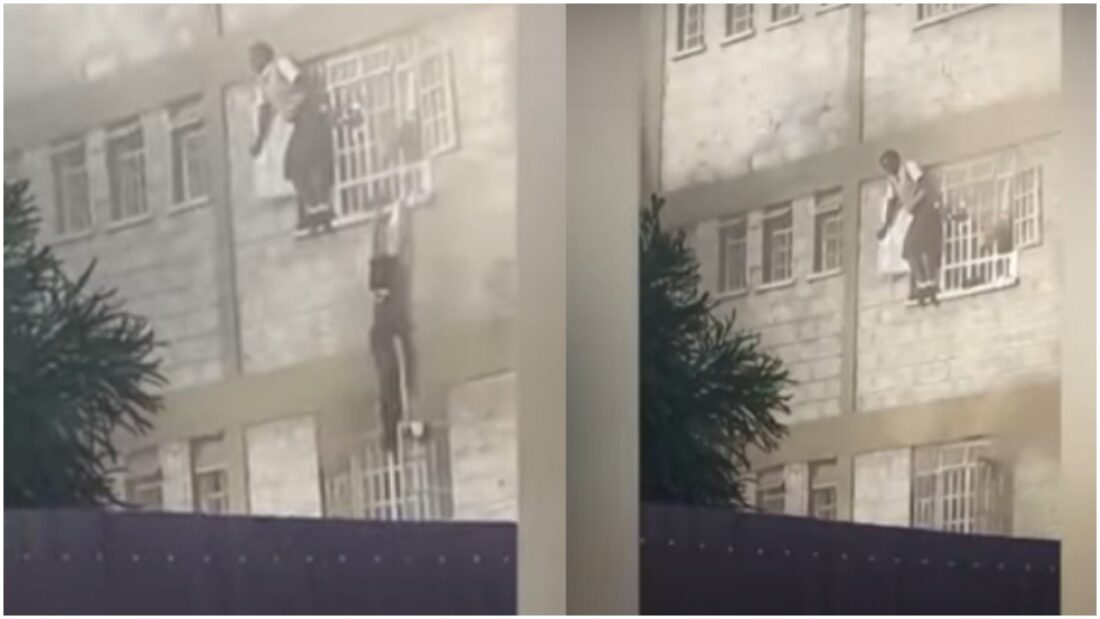 Buru Buru Girls High School has been closed after a fire incident over the weekend that left more than 20 students hospitalised.

The school’s Board of Management Chairman Lazarus Opicho announced the decision to close after a meeting with parents on Monday.

“Parents will be allowed to go home with the girls and the date when they are supposed to come back will be communicated,” he told the parents.

There was a stand-off between the parents and the school management since Saturday night when they were not allowed to go back home with their children after the fire incident.

According to the school management, the fire started at a cubicle in Kingdom dormitory with reports that there had been warnings from unnamed students that they will torch the school.

“Several students were rushed to hospital after inhaling the smoke fumes,” an official at the school said, “We don’t have injuries from the fire.”

But video footage that went viral on social media showed some of the students jumping off from higher floors as onlookers watched helplessly after they were denied access to the school to take part in the emergency rescue efforts.

According to Buru Buru Divisional Police Chief Francis Kamau, all the students taken to hospital were complaining of suffocation.

“We don’t have any student with burns,” he told Capital FM News on telephone soon after the fire that caused panic at the institution.

He said the cause of the fire was not immediately clear, but an investigation had been launched.

Soon after the fire broke out, more than a dozen parents arrived at the school and demanded to be allowed to go home with their children leading to a stand off.