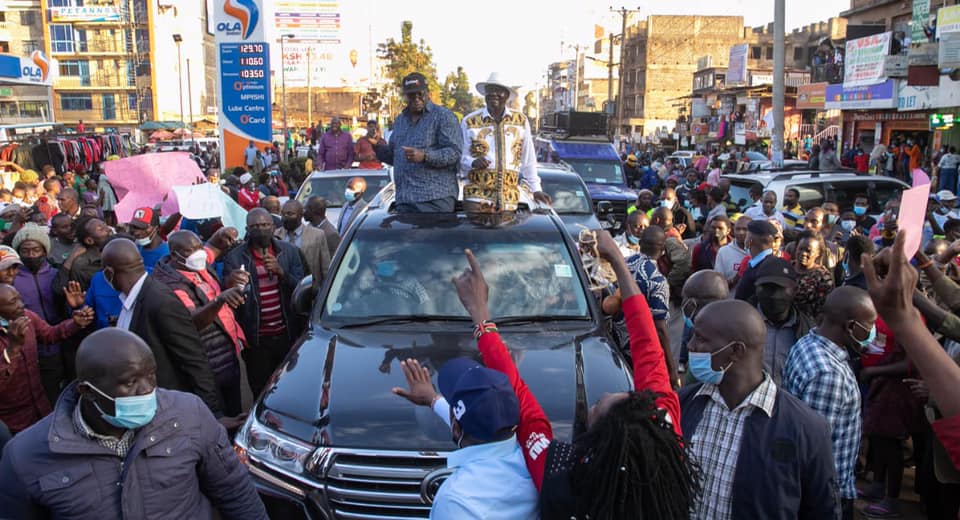 Orange Democratic Movement (ODM) party leader Raila Odinga has assured to resettle all post-election violence victims who were displaced and are yet to be compensated despite the government’s pledge to.

Odinga said he will ensure all post-election violence victims are resettled and all those that lost their properties through criminal acts will be compensated or have their properties back.

His remarks come as calls are looming for the  National government to set up a secretariat that will oversee resettlement and compensation of scores of internally displaced persons (IDPs) whose cases have not been resolved.

Coordinator to National IDPs Network Ms Lucy Gitame while in Nakuru said hundreds of 2007-2008 post-election victims were either to yet be compensated or occupy their farmers even as the government officially halted the exercise.

It emerged during the meeting that some of the farms bought by the state to settle IDPs were yet to be allocated to intended beneficiaries while out of the 200,000 victims who were to be paid Shs 200,000 each only 83,000 had received Shs 50,000 each.

Ms Gitame called on the government to review the compensation schedule and pay all the victims a flat rate of Ksh.750,000 and streamline compensation packages of IDPS as while some individuals had received as little as Ksh.10,000 others had been paid Ksh.400,000 upwards.

The ODM boss donated medical equipment to Kigumo hospital worth Ksh.10 million, saying he was requested by locals when he attended a birthday party of an anonymous boy who invited him.

Odinga also visited Kabochai in Githunguri constituency and unveiled coffee driers and promised to prioritize the coffee sector and open up the global market for the commodity.

This was after he concluded his week-long tour of the Mt. Kenya region on Thursday.

Odinga has so far been endorsed by seven of the ten governors from the larger Central Kenya voting bloc.

On Thursday, in Kiambu County, he received the backing of Kiambu Governor James Nyoro and his predecessor William Kabogo, during which he rallied President Uhuru Kenyatta’s county to back his bid.

Out of the 10 Mt. Kenya governors, three are yet to take a stand, namely Kirinyaga’s Anne Waiguru, Murang’a’s Mwangi wa Iria and Nyeri’s Mutahi Kahiga.

Other than governors, Odinga is crafting his team in Parliament that will lead his campaigns in the Mt. Kenya region, among them Kiambu town MP Jude Njomo and Gatundu North’s Wanjiku Kibe.