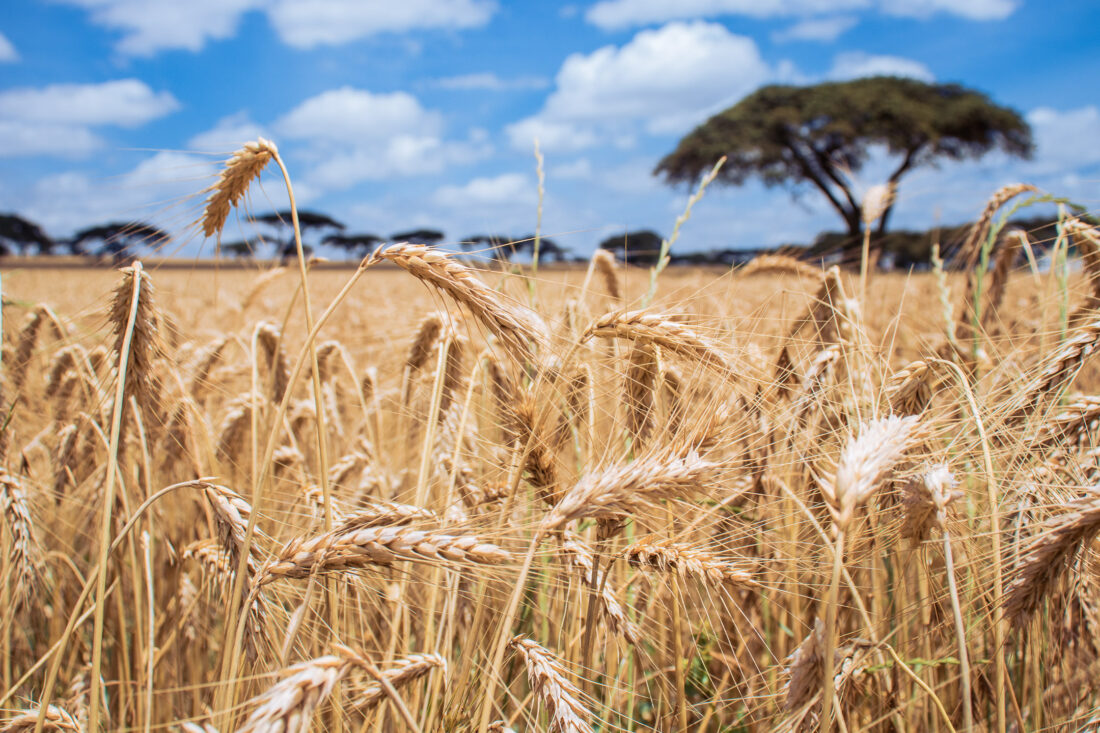 Wheat farmers in the country can now breathe a sigh of relief after the government put regulations that would see the sale of the brown gold remains not less than Ksh.3, 700 per 90 kilogram bag.

This is unlike in the past when farmers, particularly in Narok County would sell the same bag as low as Ksh.1, 800, causing them to incur huge losses.

Julius Ole Marima, a prominent farmer in Melili ward, acknowledged that the prices of wheat have gone high as compared to other years, adding that the initiative would motivate more farmers to venture into wheat farming.

Ole Marima, who started wheat farming many years ago, observed that he has never sold the produce at a high price like this year.

He noted that many farmers had shifted from wheat farming to potato and maize farming that was deemed to have more profit unlike wheat which had a high cost of production.

A decade ago, Narok County was the breadbasket of wheat production in the country as large tracts of land was put under cultivation.

Both the local and foreign farmers had leased land for commercial wheat farming but things have since changed over the years as many people opted out for other businesses ventures owing to the high cost of production and low selling price of wheat.

The farmer lauded President Uhuru Kenyatta for intervening to see the farmers got value for their money saying more farmers were expected to engage in the practice.

Another prominent farmer Wilson Seyianduki reiterated that the prices of wheat this year were a big relief to farmers who had suffered losses in the previous years.

He, however, called on the government to further reduce the prices of farm inputs like chemicals and fertilizers that come at a very high price.

The farmer who recently harvested 300 bags of wheat in 15 acres of land encouraged more farmers to take advantage of the rich soils in the area to engage in wheat farming business.

“Our soils are rich for agriculture and I am sure we can produce enough wheat to feed the country if the cost of production is reduced,” said the farmers.

Another challenge the wheat farmers face, he said, is the invasion by quelea birds that have a capacity of eating up to 40 bags of wheat per day.

Benard Salaton, a wheat transporter, asked the government to consider revising the weight carried by each lorry from 18 tonnes to 22 tonnes so that the transporters could make profits from the business.

“Because of the increase in fuel prices, I ask the government to consider revising the weight the lorries carry so that we can avoid going many trips to collect wheat to take to the cereal board,” he said.

He called for the renovation of feeder roads leading to the agricultural rich areas so that the farmers could transport their produce to the market with ease.

Data from the Department of Agriculture shows that the county was expected to harvest 550,000 bags of wheat this year; this is a significant decrease from the previous years where farmers used to harvest up to 3 million bags in a single season.

Last month, the Agriculture and Food Authority (AFA) held a meeting with wheat farmers in the county where the farmers were encouraged not to drop the practice.

AFA Director General Kello Harsama confirmed that the lowest price that the wheat farmers would sell their products is Ksh.3, 700.

Harsama said the price was an amicable agreement between the millers and farmers in a bid to encourage the farmers to produce more wheat as the country produces only 10 percent of the wheat consumed in the country.

“The country imports 90 per cent of wheat from other countries because we produce only 10 per cent. Narok County being one of the areas adorned with wheat farming, we want to encourage the farmers to produce more so that we can import less,” he said.

The authority was encouraging the millers to first exhaust all the wheat produced in the country before importing from other countries so as to encourage the farmers to produce more.

The director lauded the farmers who did not give up on wheat farming despite the multiple challenges they have faced in previous years saying the government was committed to ensuring they get value for their money.

“As we speak, there is a demand of about 500, 000 bags of wheat in the country that could be imported from outside. But before we import, we want all the local wheat sold to the millers,” he reiterated.

On good weather patterns, one acre of land could produce between 20 and 25 bags of wheat per season.