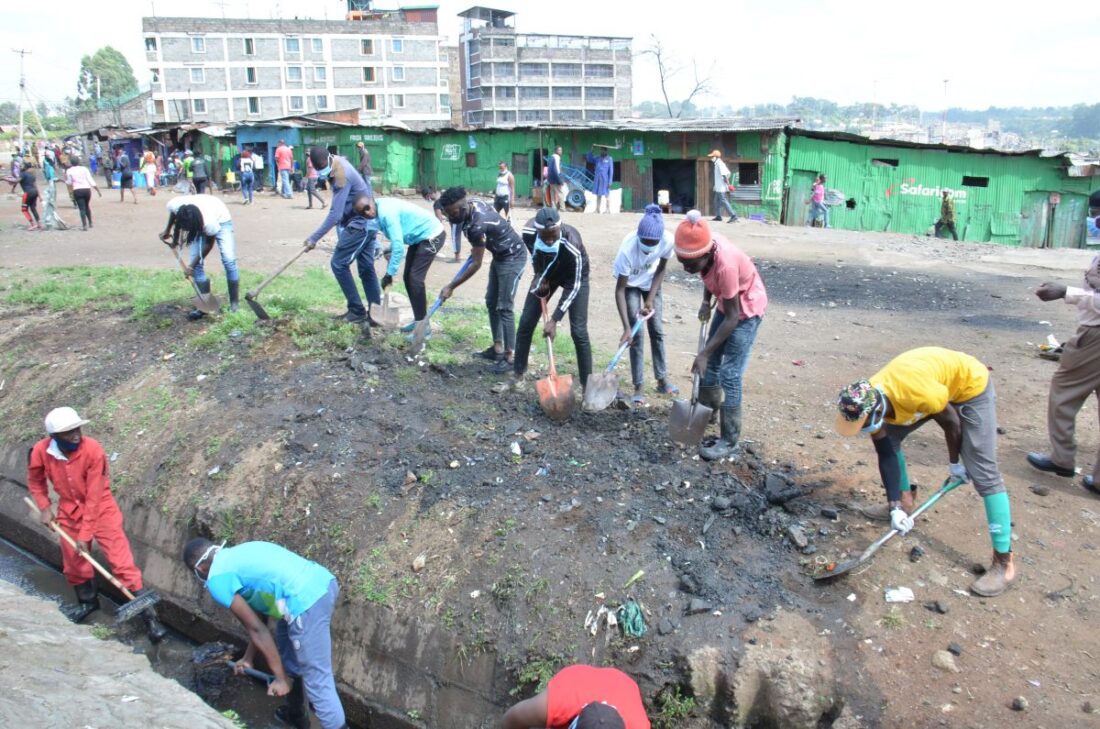 The initiative is part of a 13-point stimulus package the President announced Wednesday to lift burdens on Kenyans caused by adverse effects of the coronavirus pandemic.

It is a move seen at pumping money into pockets of Kenyans amidst economic headwinds.

The third phase of the programme, which will be implemented from next month, will target over 20,000 youths and it will be rolled out across all 47 counties.

This time, the government us a bit more strategic with the programme, since the rollout will centre at the densely populated areas.

Kazi Mtaani initiative was last extended in March this year after the president gave a directive which was confirmed by Housing Principal Secretary Charles Hinga after an appeal by beneficiaries.

The extension was a major relief to over 280,000 youth engaged in the programme. PS Hinga, however, did not say how long the initiative would last.

By then, beneficiaries were operating on two shifts, each working for 11 days a month. They could earn Ksh.455 per day, while supervisors pocketed Ksh.505 daily.

The payment was being done via M-Pesa at the rate of 99 percent, injecting over Ksh.700 million into the grassroots economy every two weeks.

The National Hygiene Program (NHP), dubbed Kazi Mtaani, is a national initiative designed to cushion the most vulnerable but able-bodied citizens living in informal settlements from the effects and response strategies of the COVID-19 pandemic.

The first phase of Kazi Mtaani kicked off in April 2020 as a pilot program and focused on select informal settlements in the 8 counties of Nairobi, Mombasa, Kiambu, Nakuru, Kisumu, Kilifi, Kwale, and Mandera.  The program employed over 26,000 workers from informal settlements.

Bibulous “not so h