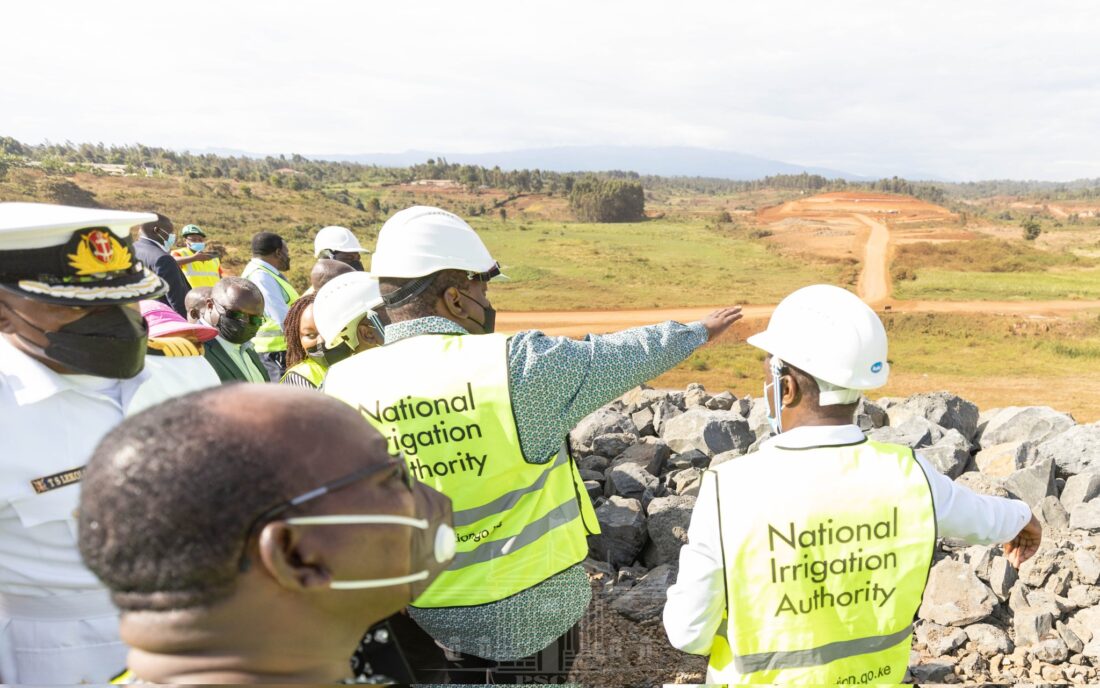 After President Uhuru Kenyatta took reign in the year 2013, he made it a culture in Kenya for national holidays to be celebrated on a rotational basis outside Nairobi, move anchored on strengthening and recognizing devolution which has benefited Kenyans at most.

And with this year’s Mashujaa Day coming on the backdrop of an economy that has been battered by the coronavirus pandemic, Kirinyaga County will have a reason to smile after all due to myriad of projects that have been launched in the face of Mashujaa Day.

The County is hosting this year’s fete, initially named Kenyatta Day and when President Uhuru Kenyatta toured the region this week Monday, a number of projects worth billions of shillings were commissioned.

The President inspected the ongoing construction of the Ksh.8.5 billion Thiba Dam as well as the Ksh.2.6 billion Mwea Irrigation Scheme expansion project, all in Kirinyaga County.

The government has also tarmacked and upgraded more than 30 kilometers of roads across Kirinyaga and rehabilitated the Ngurubani Airstrip in readiness for Mashujaa Day.

Construction of Phase I of the Kirinyaga Central Sub-County Police Station and Offices is also ongoing.

Similar development works were carried out in Kerugoya town, for the construction of the County Commissioner’s official residence and State Lodge.

Wanguru Stadium, the venue of the event with a capacity of approximately 10,000 is now complete in addition to installation of street lights in the town.

“With the unfailing support of Kirinyaga county residents, we’ve delivered a befitting venue for tomorrow’s Mashujaa Day. On behalf of the National Celebrations Committee, I thank you all for making this a reality,” On Tuesday, Interior Principal  Secretary Dr. Karanja Kibicho.

Speaking to Gichugu residents who turned up to receive him at the dam, the President announced Government plans to construct a hospital in the area and relocate a local school whose operations have been hampered by the mega project.

The dam will be delivered to area residents by the end of this year.

He said Thiba dam will transform rice farming in the region by enabling farmers to multiply production besides providing adequate clean water for domestic and agricultural use by residents of Kirinyaga and neighboring Counties.

“When this dam is complete it will enable the residents to have enough water for irrigation not once a year but continuously thereby enabling rice farmers in Mwea to double their production,” said President Kenyatta.

It is while in Kirinyaga that the President promised tea farmers in the Mt. Kenya region improved tea bonuses next year once the new tea reforms are fully implemented.

He spoke when he met a section of Kirinyaga leaders, including the area Governor, Anne Waiguru.

According to the President, the year 2022 will be a year of benefits for the commodity farmers just like how the government has put in efforts to better pricing for coffee.

(I am hopeful that beginning next year, our tea farmers will be celebrating better tea pricing that had never been seen since Kenya started farming tea)

Initially, Mashujaa Day was known as Kenyatta Day and was celebrated in honour of Kenya’s founding President Mzee Jomo Kenyatta and a few other freedom fighters.

It is in the year 2015 when President Uhuru Kenyatta directed that the celebrations be held outside Nairobi on a rotational basis.