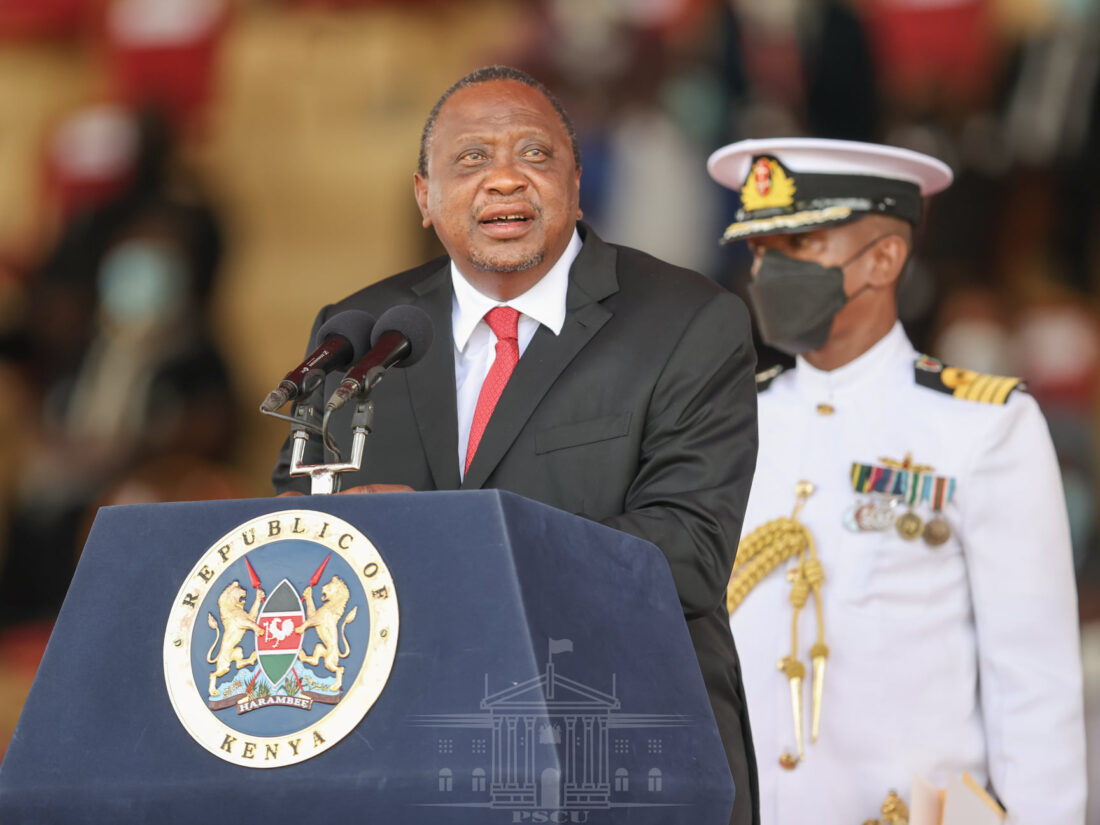 A report tabled before the US Congress on March 9 this year, exposed Kenya’s vulnerability to money laundering, financial fraud and terrorism financing.

During his speech to Kenyans while celebrating Mashujaa Day in Kirinyaga County Wednesday, President Uhuru Kenyatta, however, appreciated Kenya’s strive in the digitization of financial processes and transaction.

It is because of this stride that the President directed the National Treasury and related stakeholders to raise the threshold for the reporting of cash transactions of above Ksh.1 million units with the Financial Reporting Centre (FRC) effective November 1, 2021 even as financial institutions will retain their reporting obligations with the FRC.

He noted that the current reporting application has inhibited the growth of small and medium enterprises (SMEs) who are largely reliant on cash-only transactions.

“The implementation of cash transaction requirements by banks has not been facilitative of the operations of micro-small and medium enterprises (MSMEs) and has to some extent inhibited their growth,” President Kenyatta said on Wednesday.

According to President Kenyatta, cash remains an important channel for MSMEs representing 80 percent of their financial transactions.

The upward revision is intended to cover both withdrawals and deposits made by customers.

Recording this kind of data with the FRC will be in accordance with provisions of the Proceeds of Anti-Money Laundering Act (POCAMLA) which was effected in 2010.

It is a move aimed at implementing Anti-Money Laundering/Combating the Financing of Terrorism (AML/CFT) controls by the government.

This call to amend the law follows the deportation of businessman Harun Aydin, a Turkish national in August over alleged involvement in money laundering activities.

“That’s how some people can come in including money launderers and engage in ‘wash-wash’ (informal language for black money)… and then masquerade around as business dealers.”

It is because of these weak policies that Kenya is also seeking powers from the National Assembly to seize property of suspects caught in money laundering syndicates.

The State-backed Proceeds of Crime and Anti-Money Laundering (Amendment) Bill, 2021 seeks to enable FRC and other security agencies to stop criminal activities before they occur.

Amendments will give FRC authority to stop the transactions for not more than five working days and allow other State agencies to investigate them.

Today, individuals and firms can complete transactions suspected of money laundering but keep records that are used for investigations.

This has created a gap which criminals have used to circulate dirty cash and fund activities linked to terrorism.

The five-day freeze order will allow the entity to share information with the Assets Recovery Agency (ARA), Kenya Revenue Authority (KRA), and the Ethics and Anti-Corruption Commission (EACC) for appropriate action.

The state shall prioritise transactions made that deem to finance terrorism acts, buying and selling of property and management of companies and will not be limited to management of bank savings and shares accounts on behalf of clients.

The report published by the US State Department noted that despite the COVID-19’s effect on the status of many economies in the world, the flow of illicit money continued.

“Criminals not only continued to perpetrate traditional financial crimes, but devised new ways to exploit the pandemic through counterfeiting essential goods and telephone and email scams promoting health or medical products,” the report shows.

This was mainly facilitated by corruption in many parts of the world leading to weak political will, ineffective institutions and inefficient anti-money laundering infrastructure.