Biden to host President Kenyatta at White House this Thursday 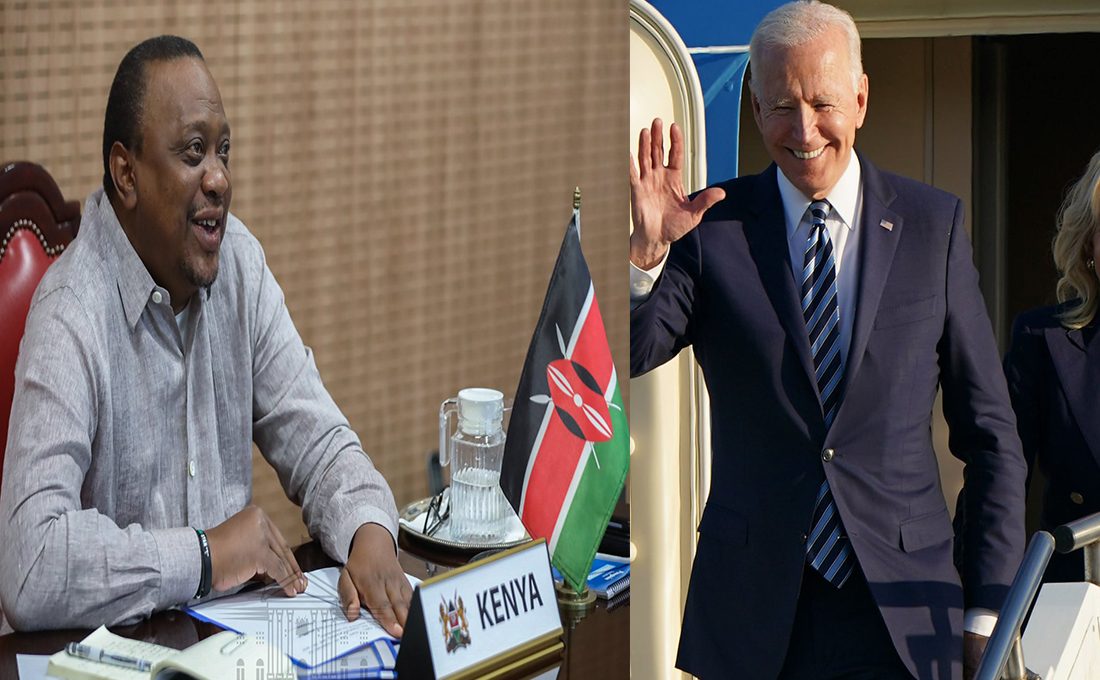 It is a historic move since President Kenyatta will become the first African Head of State to enter the White since Biden succeeded former president Donald Trump.

It will be a culmination of President Kenyatta’s state visit to the United States where he also held talks with the United Nations’s Secretary-General Antonio Guterres on matters security affecting African countries.

According to the White House, the two leaders will discuss the “strong U.S.-Kenyan bilateral relationship and the need to bring transparency and accountability to domestic and international financial systems.”

When he met American business-like minded leaders in New York, President Kenyatta signed a trade pact with the US while drumming up support for the Kenyan Small and Medium Sised Enterprises (SMEs).

“Reliability and predictability in a partner is something that is critical. To our American friends, I would like to say that you know you cannot start and stop a discussion with partners on the basis of one administration after another. Relationships are between countries and people, not between administrations,” said President Kenyatta.

The agreement, signed between Kenya Private Sector Alliance (KEPSA) and Corporate Council on Africa (CCA), provides a framework for Kenyan and American businesses, especially the small and medium enterprises (SMEs) to partner through information sharing, training, logistics, and financing.

The agreement is also expected to create new opportunities for Kenyan SMEs with the President saying the sector plays a key role in guaranteeing the country’s economic resilience especially in times of turbulence.

He assured of his administration’s support in the implementation of the trade pact saying its success is the success of Kenyans, the Government and the country at large.

The meeting will build on the leaders’ phone call in February 26 this year and on President Biden’s commitment to the U.S. partnership with Africa based on principles of mutual respect and equality.

In the telephone conversation, the two leaders spoke about strengthening Kenya-US bilateral ties, the economy, peace and security, climate change, human rights and the humanitarian situation in the Horn of Africa.

The US President thanked Kenya for its leading role in the fight against terrorism, economic growth, addressing climate change, and sustainable development in the Horn of Africa and assured of America’s continued partnership.

President Kenyatta expressed confidence that the conclusion of the ongoing negotiations for a Kenya-US Free Trade Agreement (FTA) will help further strengthen the strong economic ties between the two countries. Kenya is the fourth largest trading partner of the US in Africa.

Kenya and the US launched the FTA negotiations on July 8, 2020, with the objective of reaching a comprehensive trade pact that can serve as a model for similar agreements in Africa.