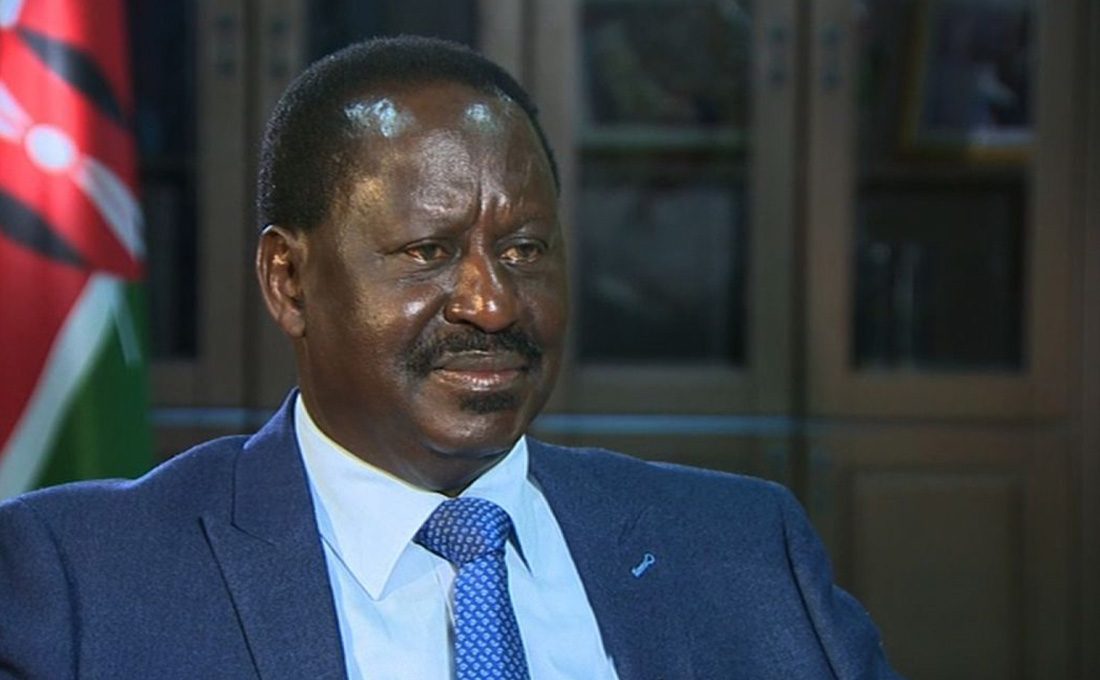 While in Naivasha, Orange Democratic Movement (ODM) party leader Raila Odinga said fighting unemployment will be a major priority for him if he decides to contest for the presidency come 2022.

Odinga said he has a plan to ensure the unemployed are catered for and provided with monthly stipends.

He said that his administration will establish the Social Welfare States that will be mandated to distribute Ksh.6,000 every month to all unemployed Kenyans.

Additionally, Odinga noted that as a way of ending unemployment, he will push for the youth to be provided with capital to start business immediately after finishing school.

Kenya’s public service has over 700,000 jobs, and only 10 percent of new jobs are added every financial year.

According to Odinga, more jobs will have to be created by the government to bridge the unemployment gap.

He, however, did not indicate whether the capital would be in form of credit or a grant, and what criteria would be used to allocate the money.

Odinga has been outlining a number of plans which according to him, would be used in his administration should he succeed President Uhuru Kenyatta.

On September 20 this year,  Odinga unveiled a 17-point agenda seeking to uplift Kenyan youth in a move to bank votes for the young people.

He plans to create a Tax Holiday for Youth Enterprises, which will see a minimized taxation of new and small youth owned businesses.

“By giving them a tax holiday of seven-year in addition to extending tax incentives to organizations and companies that after employment to the youth. Ease of doing business in Kenya must begin giving particular attention to and provide accountability mechanisms for how easy it is for young people to start a venture and build a business,” he said in a statement.

The Blueprint seeks to introduce a Youth Commission with equal representation of both genders and task it with advancing their participation in all spheres of public and private life.

He urged the Parliament to do an amendment to the AGPO Act which belongs to the Ministry of Youth Affairs to benefit the young people.

“When the youth make 75 percent of our population, it beats logic to have an institution that is meant to help them placed at the National Treasury, under a small toothless secretariat.”

The Former Prime Minister called for a review of the Higher Education Loans Board (HELB) by expanding the limit to reflect the cost of living in Kenya as it evolves.

In this review, the ODM chief lauded for removal of interest rates accrued as well as writing off graduates from the Credit Reference Bureau (CRB).

He also championed the increase and expansion of bursaries in tertiary institutions in reflecting the reality of the high cost of living.

This, according to Odinga, will make the bikes more affordable in order to harness and support the potential of the 2.4 million riders.

In revamping industries across all the 47 counties for made in Kenya products, Odinga has called for the rollout of 10,000 youths per year in the National Youth Internship Program (KNIP) aiming to provide job opportunities for the youth.

“In revamping industries across all the 47 counties for made in Kenya products, Odinga has called for the rollout of 10,000 youths per year in the National Youth Internship Program (KNIP) aiming to provide employment opportunities for the youth and make use of and perfect the skills.”

He pushed to design a policy for the Youth Leaders Program, both global and local, by supporting a 1,000 youth a year with paid internships in the United Nations (UN) and other international agencies.

Although Odinga is yet to announce whether he’ll be vying for the presidency, he has been traversing the country selling his agenda with regards to various key issues including; the economy, unemployment, health, insecurity and education among others.

During the Naivasha trip, he was accompanied by Nakuru Governor Lee Kinyanjui, former Gatanga MP Peter Kenneth and ODM Secretary General Edwin Sifuna among others.