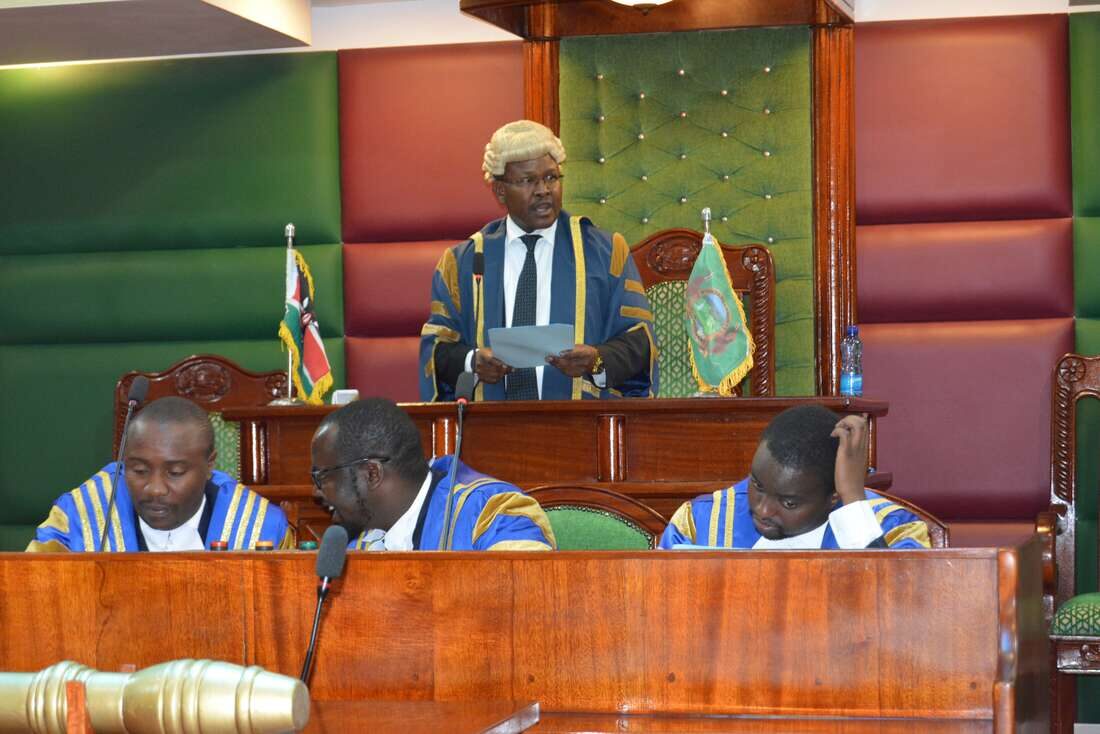 This even after the Speaker obtained court papers allowing him to resume work.

Wahome was impeached on May 8 this year,  for the third time.

He was voted out over gross misconduct, abuse of office and nepotism in a special sitting held on Saturday.

31 out of the 38 ward representatives supported the impeachment motion while six opposed and one abstained.

The special sitting was held despite an order by Nakuru High Court Judge Hillary Chemitei reinstating Wahome until a case he had filed against his removal was heard and determined.

Reading out the charges, the mover of the motion, Majority Leader Edinard Kingori, accused Wahome of favouritism in assembly functions.