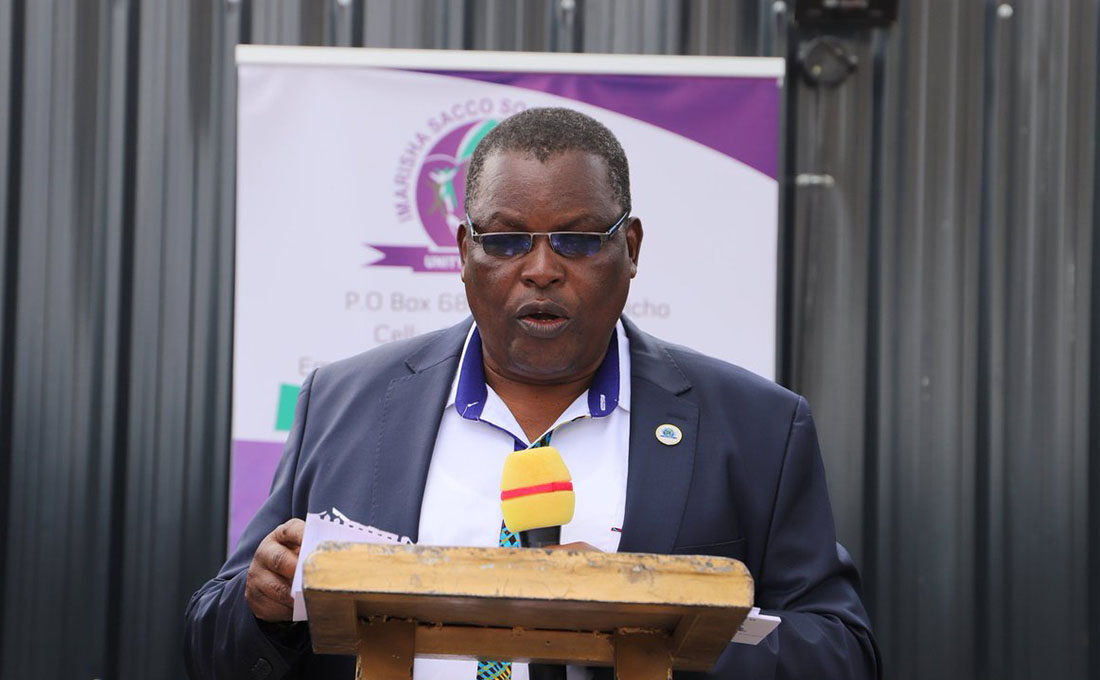 Imarisha SACCO has opened a new branch in Narok County, a move which will see opportunities availed to employees and business people to increase  its membership to over 100,000 up from 64,120 members in 2017.

The SACCO said it also plans to open branches in the counties of Nairobi, Nakuru, and Kisumu as its seeks to expand the brand across the country. The Sacco has so far opened branches in seven counties.

“Our expansion is as a result of demand from Kenyans who require our financial services in corners of the republic. We have done our survey on this and we are responding,” said SACCO Chairman Mathew Rutoh.

Present during the launching fete was Narok County Minister in charge of Trade, Ezekiel Rono who said the County had vast potential for investment both from agricultural and tourism businesses which the SACCO can benefit from.

Rono pledged collaboration from the county in enhancing SACCO membership through account opening by its employees and also urged the Narok residents and business community to join.

“As Narok County Government, we are opening our doors to this Sacco to reach all our staff and business people so that they can get an opportunity of improving their livelihoods” he said.

During the launch, Imarisha SACCO also unveiled products including Karibu loan, Superior loan, Take-off loan and ideal loan that are tailored for, the employed, the business and the farming community.

The recently released SASRA report, ranked Imarisha SCCO as the 8th best performing SACCO countrywide, an achievement that the chairman pointed as an indicator of the SACCO’s excellent performance in its mandate of offering quality services to its customers.

Imarisha recently unveiled an ultra-modern 24-hour call center and m-banking agency in Kericho town for a one-stop shop services to its members.

The Kericho-based Sacco that was initially dedicated to teachers also unveiled an asset-based value of Ksh.16.1 billion as at August this year, a Ksh.2 billion increase from last financial year 2019/20.

Rutoh said the Sacco has braved challenges arising from the COVID-19 pandemic to maintain its growth through increased membership.

“This great improvement is as a result of more members joining us, depositing their money and taking loans to invest in their various economic projects,” said the chairman.