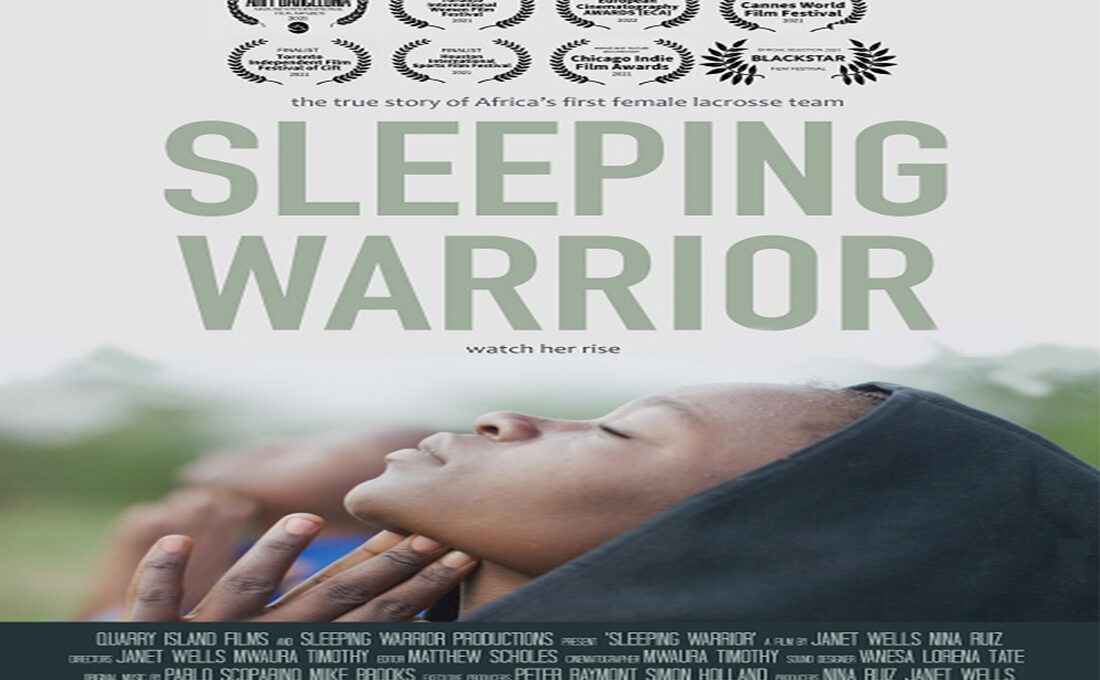 An inspiring documentary based on a true story “SLEEPING WARRIOR”, about Africa’s first female Lacrosse team, has made its international Premiere digitally on MyMovies.Africa to all 195 countries and territories worldwide.

Set in Kenya’s Rift Valley, the 92-minute documentary follows their journey across the globe to the 2019 World Championships.

“The storyline shows how the power of sports can transform lives”, says Trushna BuddhdevPatel, Co-Founder & Content Director at MyMovies.Africa. “And explores the timely themes of female empowerment and finding one’s place in the World.”

Making her debut as a Producer via this Documentary, Nina Ruiz says her passion in societal matters affecting the youth and women has spilled into Filmmaking, which she regards as a powerful tool for educating and making positive change in Communities.

“I met the girls five years ago when they started their epic struggle to make history in the world of Lacrosse. They made such an impact on me, that I decided that the world needs to know about them. So, I teamed up with Janet and Tim to make this Film”, says Ruiz.

Canadian Screenwriter – Janet Wells, made her Feature film Directorial debut on this Documentary. “I’m very passionate about female-led storytelling”, says Wells. “So, filming Sharon and the girls was important to me.”

SLEEPING WARRIOR focuses on Sharon Opari – a beautiful and dignified 18-year-old girl who was given away at age seven to work as a Maid, after her HIV-infected Mother was sent to Prison.

Overcoming poverty, malaria and abuse, Sharon is Chosen to represent Kenya at the World Lacrosse Championships.

Before Lacrosse, Sharon had never left her village and now we are privileged to watch as she travels across the world to be transformed forever by her time in Canada.

“We are thrilled to exclusively make SLEEPING WARRIOR available to the World on our Service, as a Rental or Purchase”, says Co-Founder – Mike Strano. “It’s one of our growing Catalogue of inspiring true Stories from The Motherland, that MyMovies.Africa is making Available to Africa and the World.”

The Documentary is a must-see, as it is the Work of both local and international Talent, with Kenya’s – Timothy Mwaura, as the Co-Director.

Award-winning Cinematographer – Timothy Mwaura, recently won 2019 Resource of Open Minds (ROOM) Grant for his Television Series: NAIROBI BY NIGHT, funded by Comic Relief UK. Mwaura focuses on Documentaries, where he has captured Conflict in Somalia, Art in Zimbabwe, Graffiti in Copenhagen, HIV in Eastern Africa, Immigration in Italy and the Children’s Parliament in Kenya.